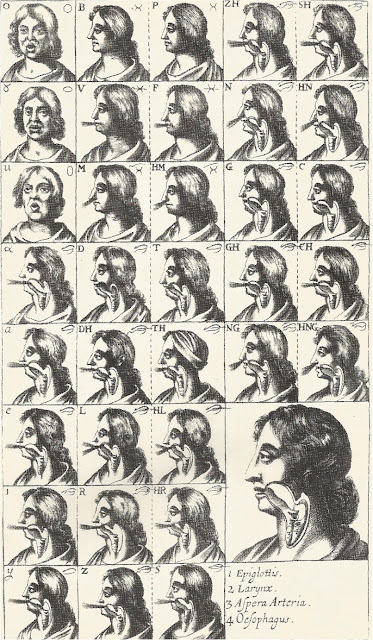 I love the way the "LOL" rolls off the roof of my mouth!

The word, philology, paints a picture in my mind of a professor standing in the front of a classroom. He says one word. The word is relevant to the topic this month: eloquent words, written or spoken. The word is rhetoric.

Samuel Johnson defined rhetorick as "The art of speaking not merely with propriety, but with art and elegance." The OED expanded the definition to include eloquent writing.

The professor in my picture has a name: Jeremiah Farrell, professor emeritus of Mathematics at Butler University. He is a man in love with words as well as math. He is the former owner of over 60 bookseller catalogues of books on language now in my Philology Collection, the cover of one of which is the illustration above. More on that illustration shortly. And more on the bookseller next month.

Jeremiah Farrell is best known for creating crossword puzzles, particularly the election day crossword puzzle which appeared in the New York Times in 1996. Crossword Unglued has a screenshot of the election day puzzle on its website. In this puzzle, the answer to 39 across is the name of the person who would win the presidential election the next day! Jeremiah Farrell is currently the editor of the online periodical, Word Ways: The Journal of Recreational Linguistics.

While researching the illustration above, I came across some rather disturbing information "About That Engraving By William Kneass . . ." in last month's My Sentimental Library blog post.   Kneass did not deserve the praise I gave him.

Also in my blog post last month, I included a link to My Elements of Style Collection. This month I have a play to add to that collection: 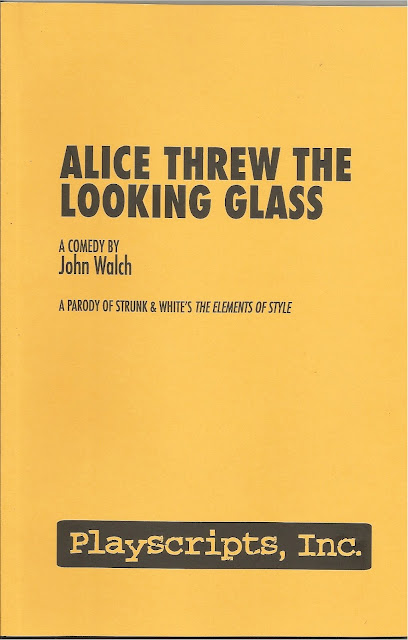 Eloquent words, written and spoken, for sure! The setting of the play is a place called Effingham. LOL! In the play, E.B. White, with Strunk's backing, helps Alice, a first-year college student, rewrite an essay she got an "F" in.

I should have asked Jeremiah Farrell, the math professor, to help me on the next one: 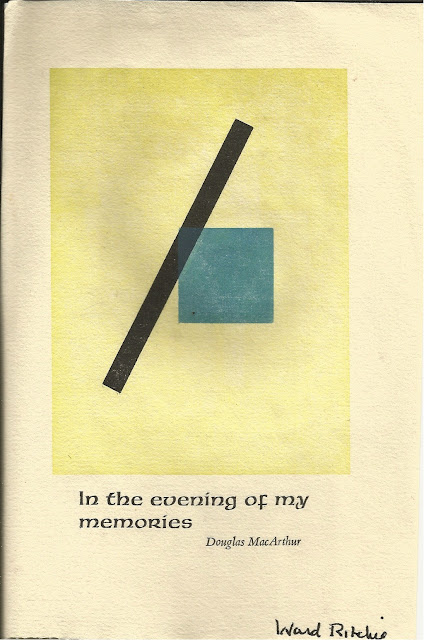 Ward Ritchie (1905-1996) was a printer, bibliophile, and writer who wrote rather eloquently about book collecting and the printing business. His broadside containing a quotation by Douglas MacArthur below a square and a diagonal had me researching for hours on end trying to determine the significance of the diagonal and the square. The quotation was seemingly from MacArthur's farewell address at West Point, an address eloquently spoken; however, MacArthur said the word "memory" and not "memories."   Here are the last paragraphs:

The shadows are lengthening for me. The twilight is here. My days of old have vanished, tone and tint. They have gone glimmering through the dreams of things that were. Their memory is one of wondrous beauty, watered by tears, and coaxed and caressed by the smiles of yesterday. I listen vainly, but with thirsty ears, for the witching melody of faint bugles blowing reveille, of far drums beating the long roll. In my dreams I hear again the crash of guns, the rattle of musketry, the strange, mournful mutter of the battlefield.

But in the evening of my memory, always I come back to West Point.

I bid you farewell.

I listened to all thirty-one minutes and forty-six seconds of MacArthur's speech on the American Rhetoric website, and then I read it from beginning to end. But at no time did I ascertain the symbolic meaning of the square and the diagonal. I then researched unit insignias, campaign badges, and even the history of West Point, but to no avail. Finally, I researched Ward Ritchie's connection with either Douglas MacArthur or with quotations, and I found this listing at Oak Knoll Books:

The broadside containing MacArthur's quotation is but one of a collection of abstract drawings containing famous quotations, with the geometric figures, as Shakespeare would say, "signifying nothing."

Not all diagonals and squares are meaningless –– and I didn't need Professor Farrell's help on this one! 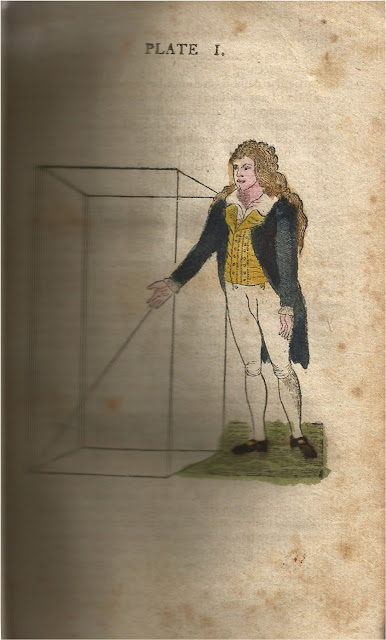 The square and diagonal in the above illustration from William Scott's Lessons in Elocution . . . are used to illustrate the position of a boy's right arm as he prepares to speak:

The position of the arm, perhaps will be best described, by supposing an oblong, hollow square formed by the measure of four arms, as in Plate 1, where the arm in its true position, forms the diagonal of such an imaginary figure. So that, if lines were drawn at right angles from the shoulder, extending downwards, forwards, and sideways, the arm will form an angle of forty-five degrees every way.

In a previous blog post, I mentioned that dictionaries were among the first books I collected. Books on oratory were the other books I first collected: 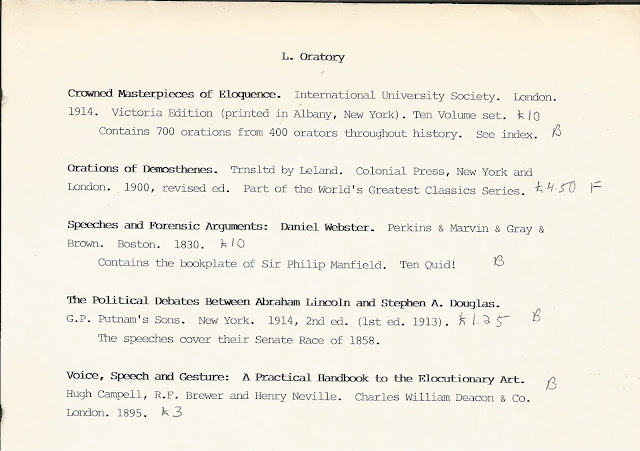 Friends of old will recall my mention of carrying the ten volumes of Crowned Masterpieces of Eloquence across the parade grounds in Cambridge, England. 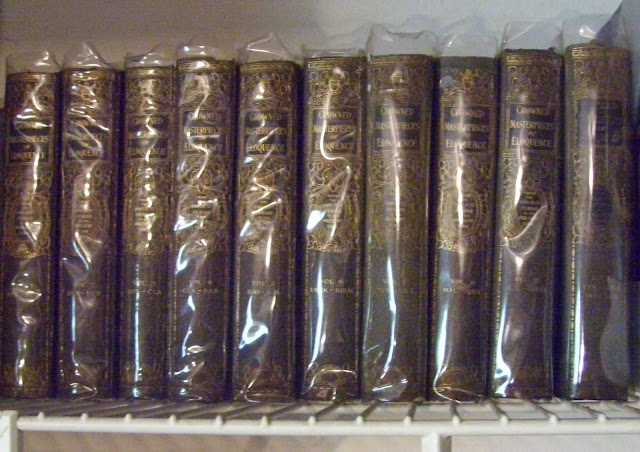 And yes, I typed up a forty-one page index of the authors and titles of Crowned Masterpieces of Eloquence as part of the first catalogue of my library: 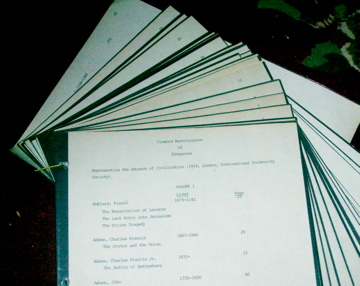 I sold the Daniel Webster and Abraham Lincoln books in 2006 to hold me over financially until my disability retirement was approved. 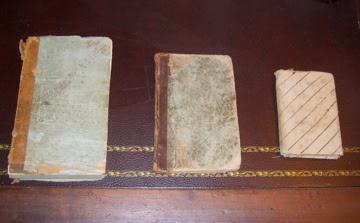 The book on the left is the third edition of An American Selection of Lessons in Reading and Speaking ,Boston, 1793, Part III of The Grammatical Institute of the English Language series. The book on the far right is an 1833 edition of The Prompter

And the book in the middle is one I bought on eBay back in 1999: 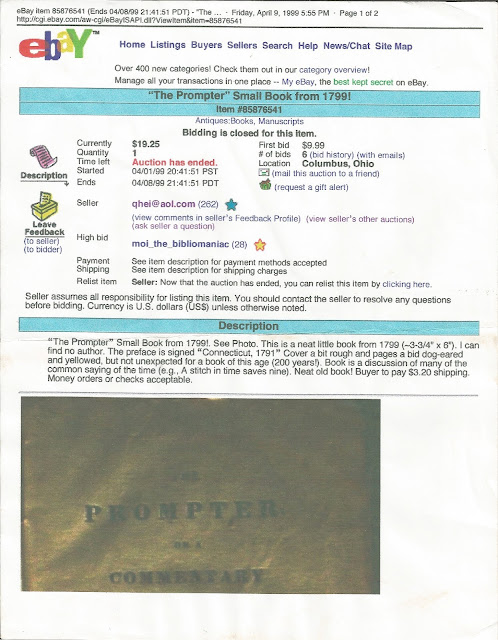 I acquired it for a measly sum because the author's name is not on the title page, and the seller couldn't identify the author. 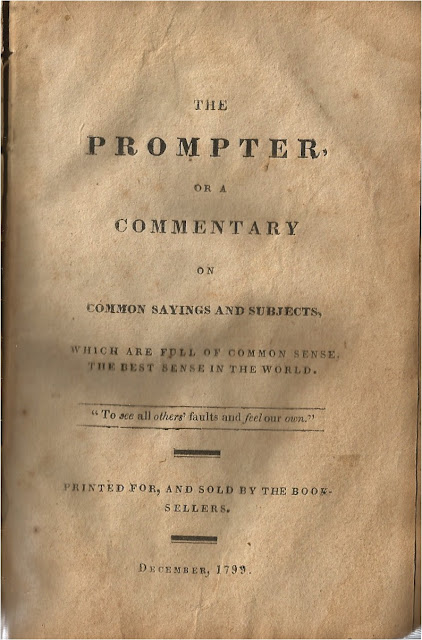 The title of the next book should be familiar to most people: 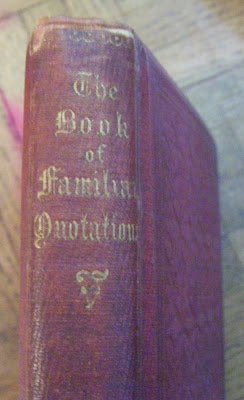 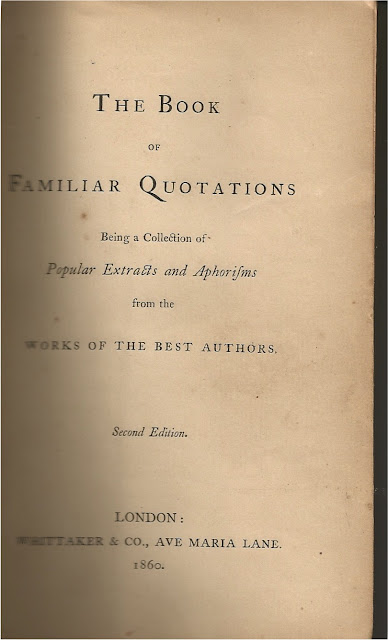 If you guessed John Bartlett, you would be wrong. The name of the author is L.C. Gent. At first, I believed the name to be a pseudonym, but there was a bookseller by that name who had premises in London and Manchester. L.C Gent's book was first published in 1852. Bartlett's book of quotations wasn't published until 1855.

One quotation book I refer to quite a bit is Cassell's Book of Quotations, containing a monstrous 1256 pages:

I have more than a handful of other quotation books I haven't mentioned, some old, some new. You can view them on Library Thing.

In the last three months, I have given you a view of my dictionaries, grammars, spellers, writing guides, and some of my books on rhetoric. I will conclude my presentation of my Philology Collection next month with more books on language.

I always enjoy reading your blog posts. Your delight in your collections shines clearly through. I look forward to the next