Found while toodling in the Indoor Flea Market in Crystal River, Florida on Friday, September 7, 2019: a copy of the 1932 edition of A Bookfellow Anthology. 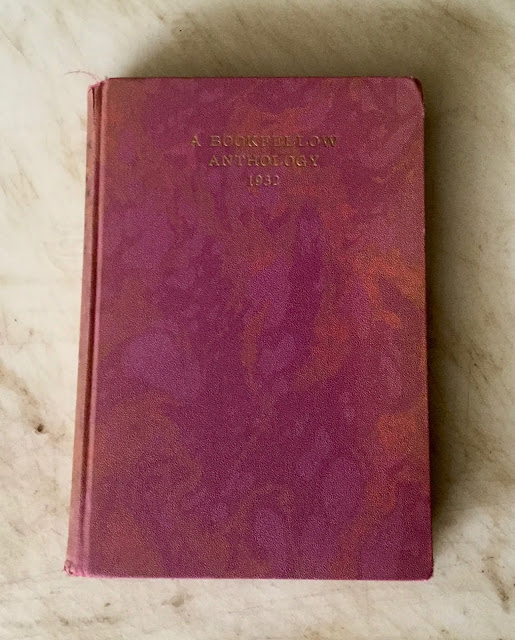 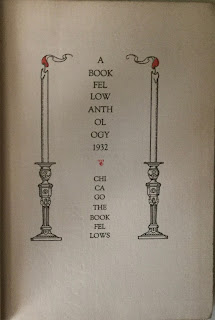 Bookfellow No. 7433, Mary Hovey, a teacher from Joliet, Illinois, was the former owner of my copy of A Bookfellow Anthology 1932.  She pasted her bookplate to the front pastedown of the book. 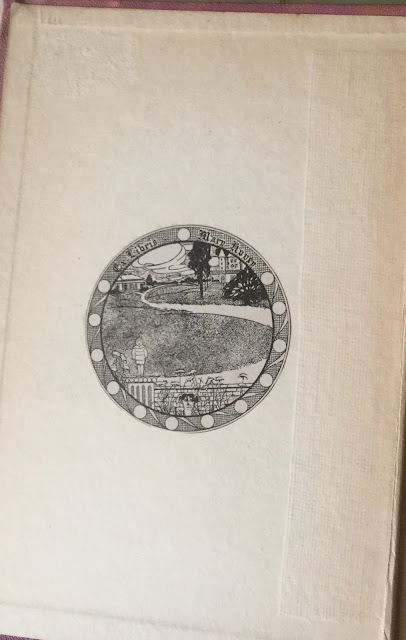 Mary Hovey was one of the contributors to the 1932 edition of A Bookfellow Anthology, submitting a poem titled, "The Crescent and the Crown," which was printed on page 93 of the book. 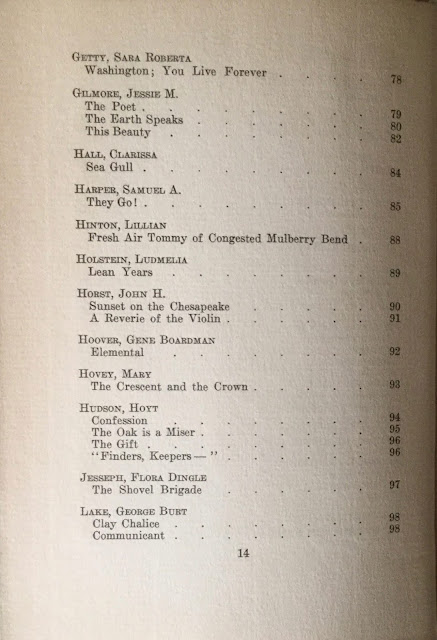 Later on that day, I decided to read Mary Hovey's poem.  And I discovered that someone had torn the page containing her poem out of the book! 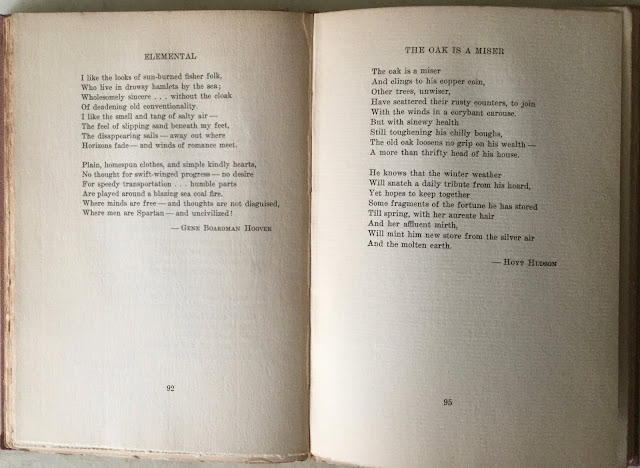 At first I thought Mary Hovey was the one who tore the page out of the book.  But my wife Linda countered that it could have been someone else.  And thinking about it, she's right.  Since Mary Hovey placed her bookplate, a mark of ownership, in the book, it is unlikely that she would remove the poem that shows that she herself was part of the book.  Most likely a daughter or granddaughter took the poem out of the book as a keepsake from Mary Hovey's estate.

I did, however, find two poems in the book to my liking.  They were about two authors whose books I collect.  The first poem was titled "A. Edward Newton in His Library."  If you're not familiar with A. Edward Newton, he was a book collector in the early 1900s who wrote about the books he collected.  And Seymour pokes fun at him in the poem! 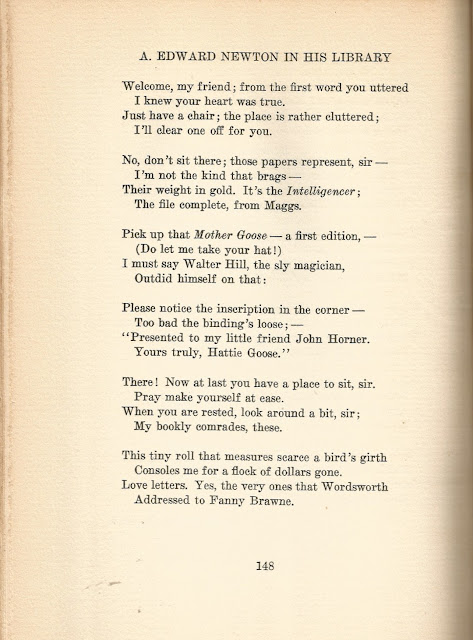 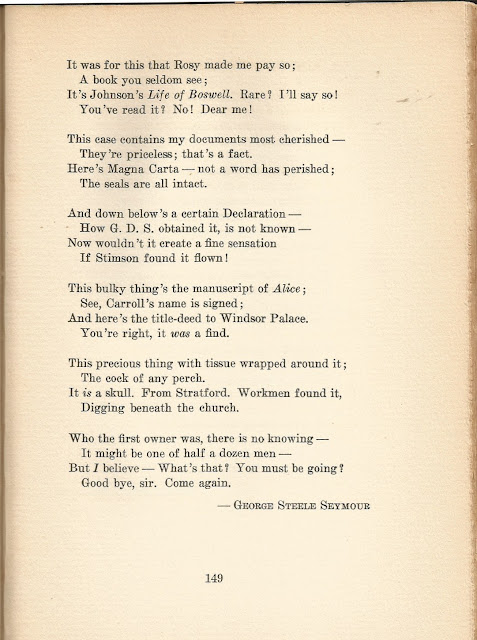 I queried the A. Edward Newton collector David Klappholz and he had never seen the poem.  Moreover, David said it was not listed in Bob Fleck's bibliography, A. Edward Newton:  A Collection of His Works.

I didn't think the second poem was as eloquent as the first poem.  But Johnsonians should remember the occasion:  "Dr. Samuel Johnson Takes Tea with Mr. Davies the Bookseller 16 May, 1763." 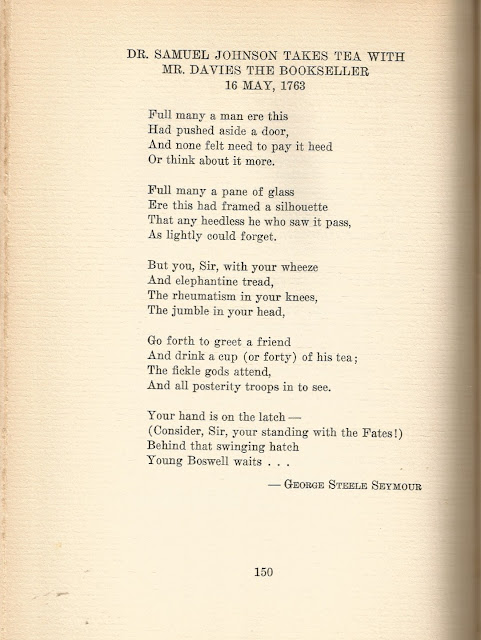 
I was disappointed in not being able to read Mary Hovey's poem.  But after reading Seymour's two poems, I decided that the 1932 issue of A Bookfellow Anthology was worth buying after all!


Posted by Jerry Morris on Thursday, September 19, 2019 No comments: 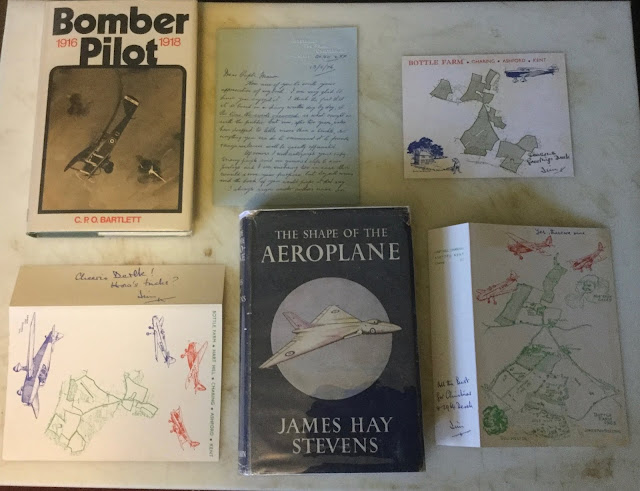 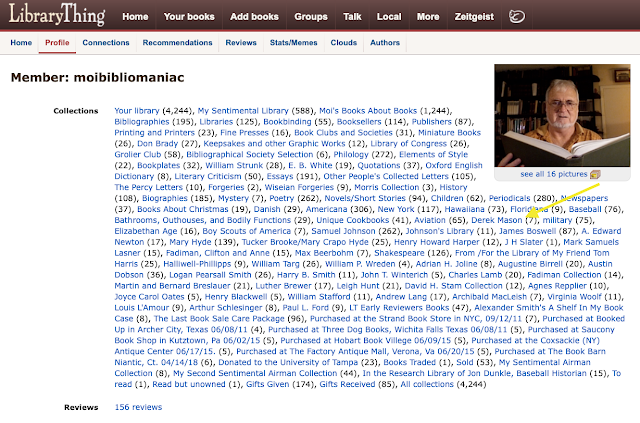 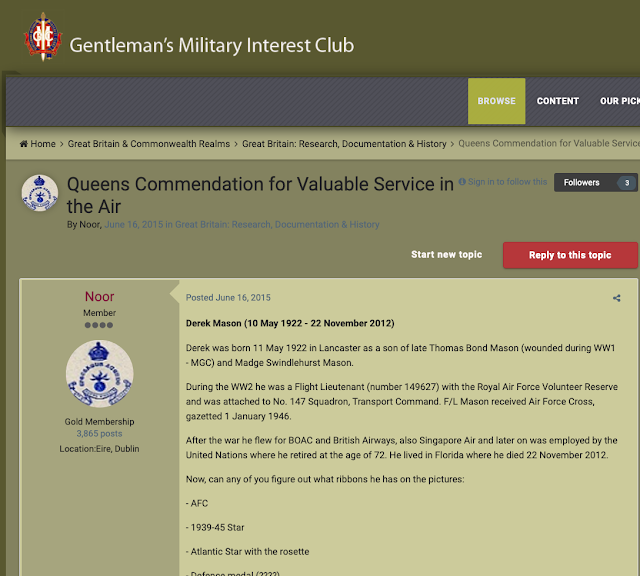 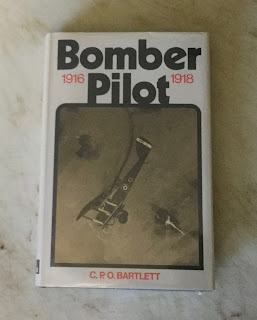 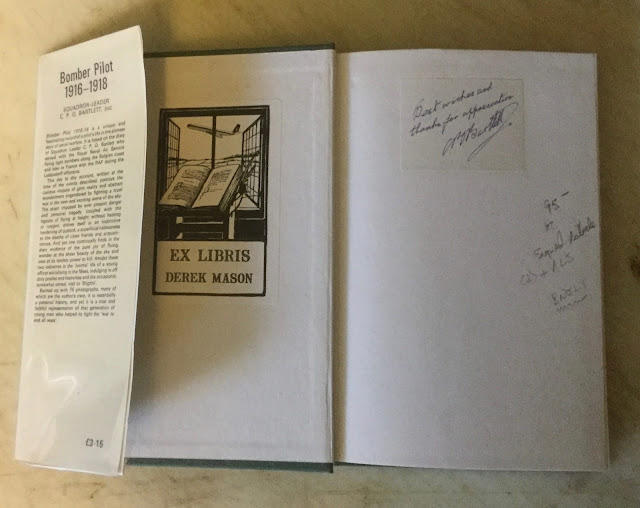 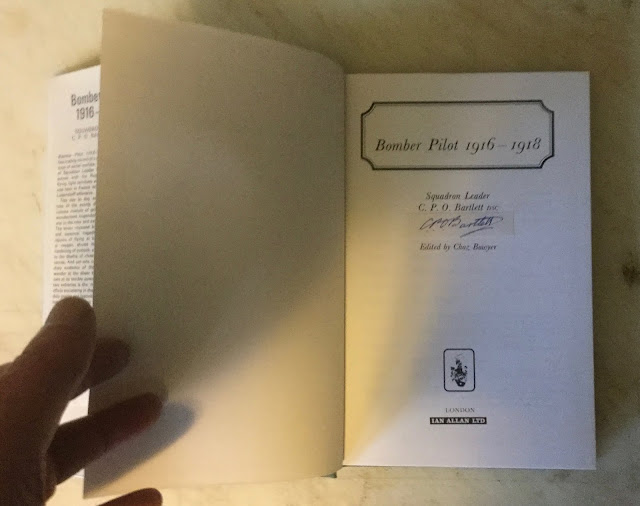 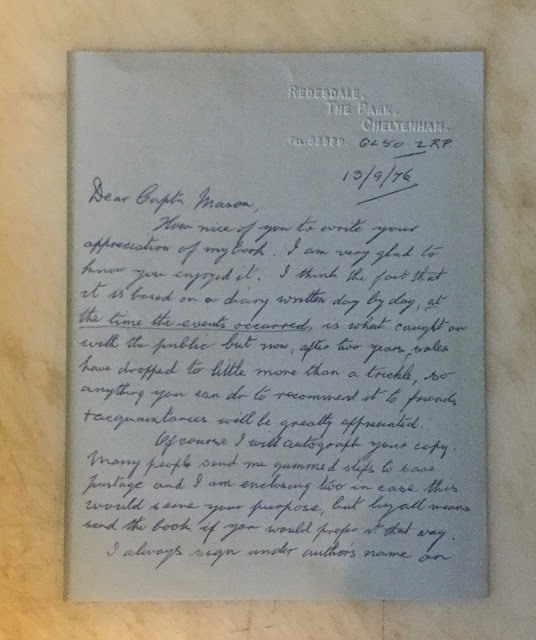 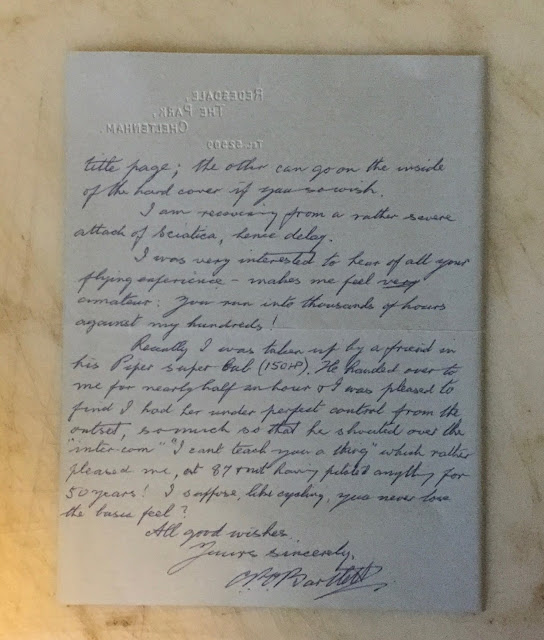 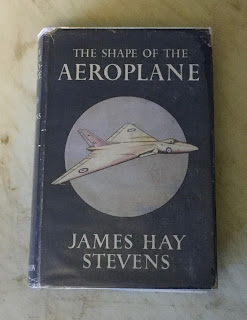 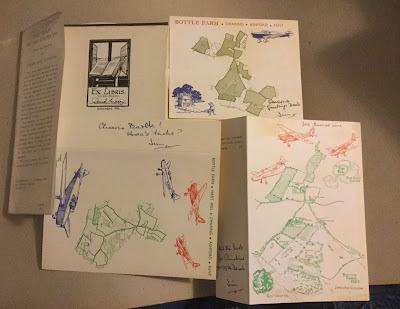 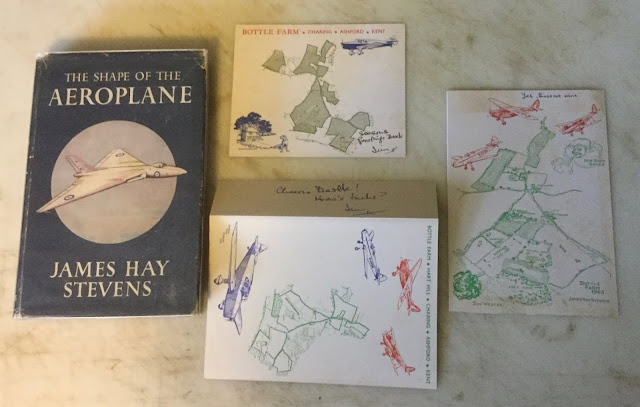 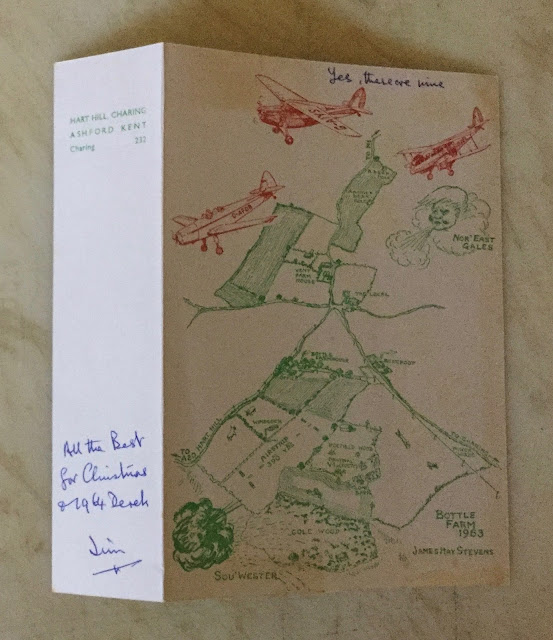 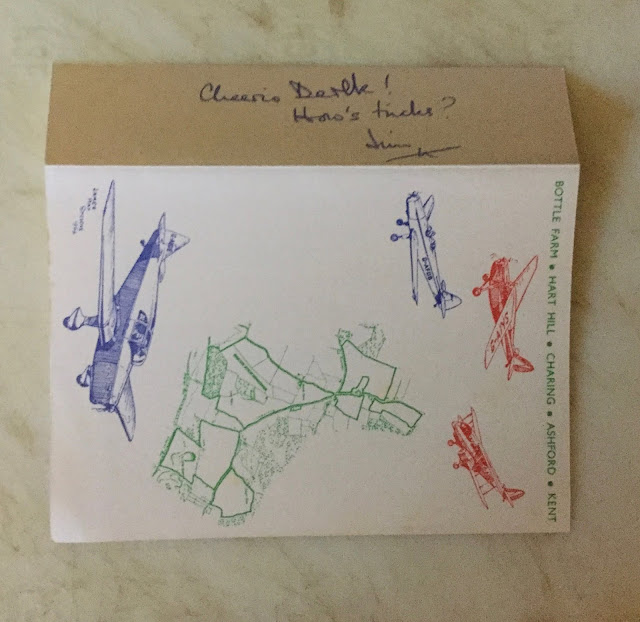 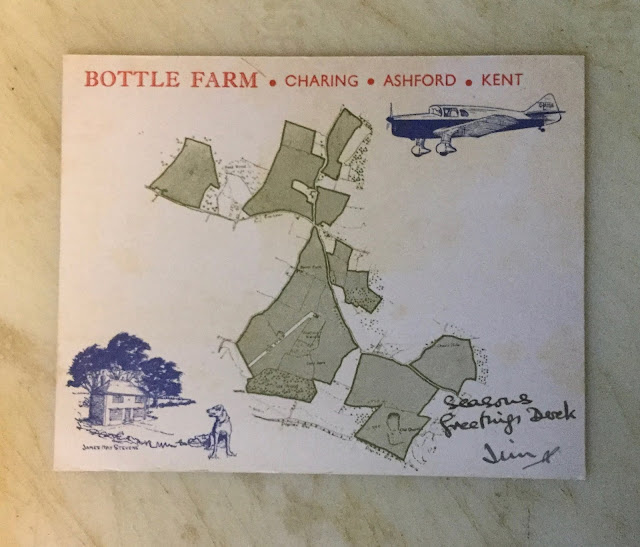