Tom and Jerry: Friends and Aiders


Tell me!  Do these two old farts look like bibliophiles to you? 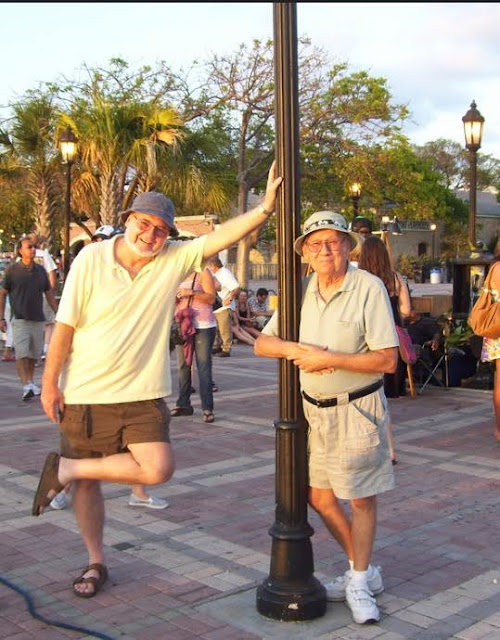 Tom is the cool cat hugging the pole.  And I'm the cross-legged one leaning on the pole.   We were just hanging around at  Mallory Square in Key West, Florida in May 2011, waiting to watch the sunset celebration. 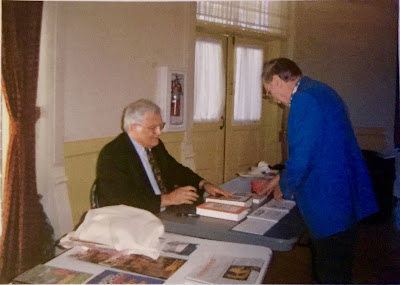 April 2005 was a very good month.  Nicholas Basbanes was the keynote speaker at the monthly meeting of the Florida Bibliophile Society.  And Mr. Basbanes signed all three books that Tom bought. 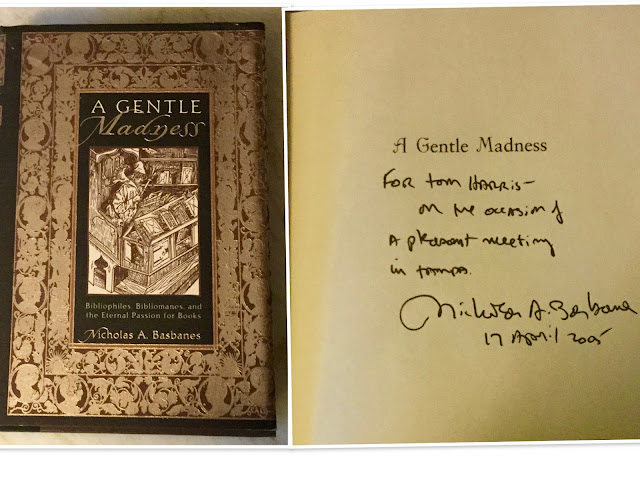 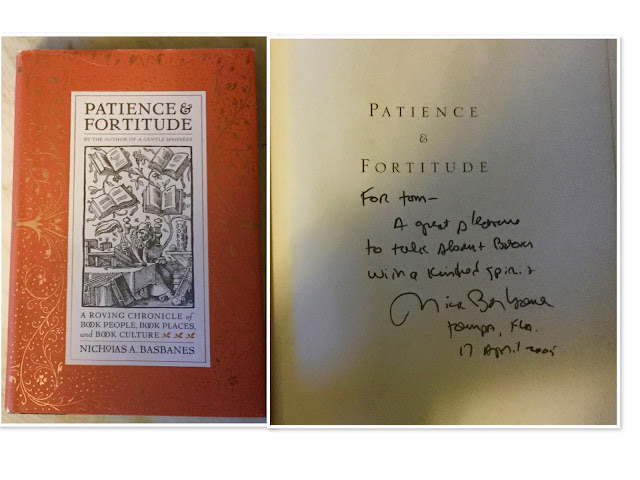 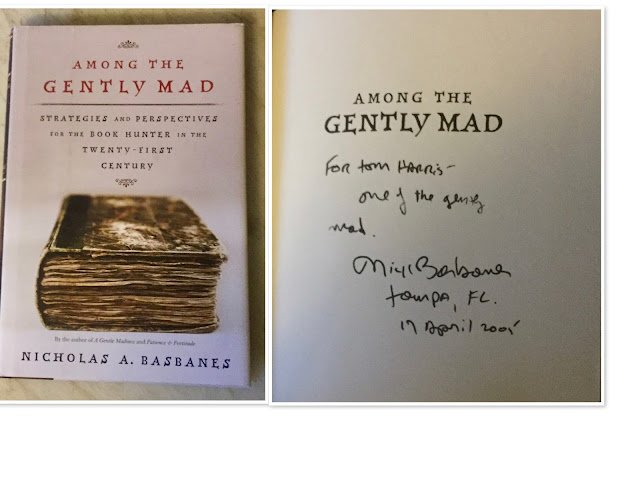 Tom was definitely "one of the gently mad."  He collected books about books–same as me.  He also collected commonplace books, books about movie stars and musicians, and books by way too many authors to name here.  He also had a closet full of old radio programs and DVDs. 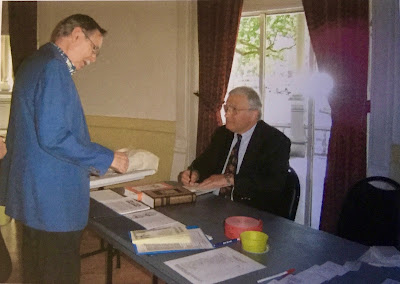 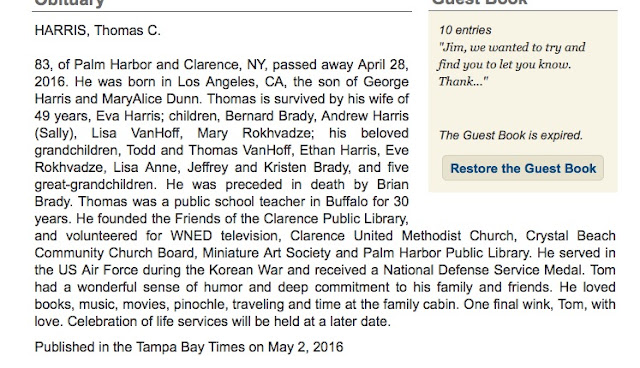 If you are a reader of my biblio-connecting blog, you already met Tom in cyberspace.  I mention Tom and his wife Eve at least 40 times in the blog.  We've been friends since 2005.

On Tuesday mornings, our wives would go to their Weight Watcher meeting.  And Tom and I would go to McDonald's.  Tom and I would then check out the local thrift stores until it was time to meet all the Weight Watcher girls for breakfast at The Broken Yolk.   After we all ordered our food, Tom would usually tell us one of them riddles that make you groan.  They became known as "Tom Jokes."

Almost every Friday,  Linda and I would meet Tom and Eve, and we would go toodling in the thrift stores, bookstores, and antique stores within driving distance of our neck of the woods. Some people may call it "tootling," but we have found that "toodling" is more enjoyable.

Tom had this habit of introducing himself and me to the people behind the counter at almost all the places we visited:

We did get some strange looks and sometimes even some polite laughs.

Books about Books were fair game between Tom and me.  Whomever grabbed the book first was the new owner.  But Tom and I were usually mindful of the other books each of us collected.  Sometimes, however, we would secretly try to grab them for birthday and Christmas presents.  Case in point: 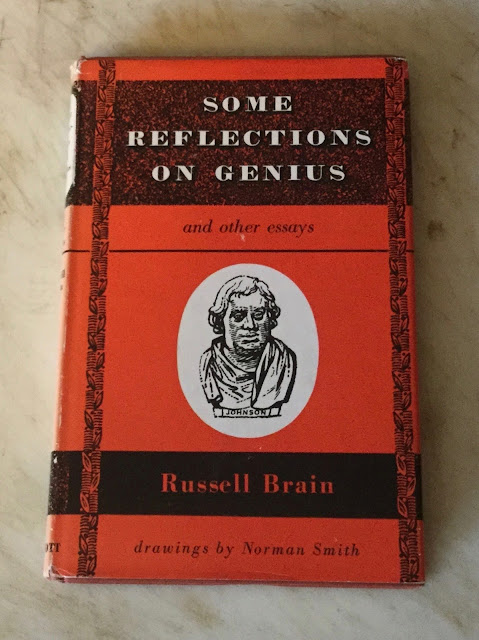 On Friday, January 11, 2011, before I even noticed it, Tom grabbed this book off of a shelf in an antique store on U.S.301.  Tom knew I liked essays and he was getting an early start for Christmas 2011.  I didn't notice the book because I was too busy grabbing a Roycrofters book for Tom: 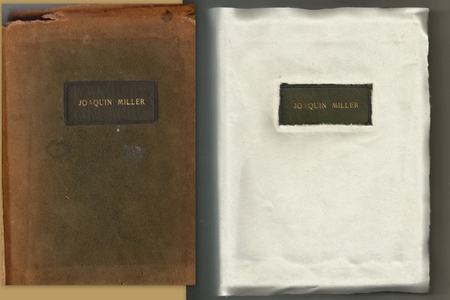 This book was published in 1903 by Elbert Hubbard at the Roycrofters.  The brown suede leather was completely detached, but I thought I could rebind it and give it to Tom next Christmas.

At that very moment, a lightning bolt seemed to strike both us!  We simultaneously realized that we didn't really need to wait eleven months to give the books to each other.  So we swapped books.  And we may even have said "Merry Christmas"  to each other.  I rebound the book for Tom in white leather and pasted a makeshift bookbinder ticket inside that read, "Bound by Jerry Morris for Tom Harris, January 2011."  The book is now in the library of Tom's daughter Mary.


While traveling from place to place on Fridays, we were guinea pigs for Tom's jokes. And at some point of the day, Tom and I would have this friendly conversation:

After we were done toodling for the day, we would go to dinner, and then sit down for a night of pinochle... and more of Tom's jokes.  The girls usually won, but we all had fun. 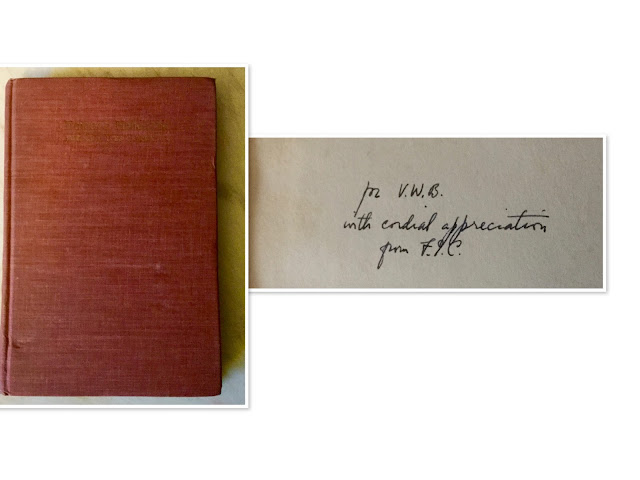 Van Wyck Brooks was one of the authors Tom collected.  And for his birthday in 2009, I gave him the copy of Emerson Handbook that the author, Frederic Ives Carpenter, had given to Van Wyck Brooks. And I call attention to the paragraph in Carpenter's Preface where Carpenter calls Van Wyck Brooks "a friend and aider."

Tom was a friend and an aider to me.  In 2006, when I was medically retired from the Post Office (heart problems), and waiting anxiously for my disability to be approved, Tom bought my Vincent Starrett Collection and my Christopher Morley Collection, and helped keep me afloat financially.


I thought I was Tom's best friend, but actually, Tom's best friend was his chiropractor.  He gave Tom temporary relief of his persistent back pain.  But despite all the pain, Tom never lost his sense of humor.

Tom suffered a stroke in one of his eyes a few years before he died, and he was reduced to reading Large Print books.  To this day, I am always scanning the bookshelves for large print books. 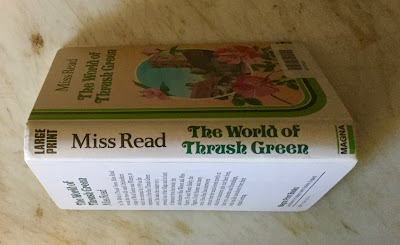 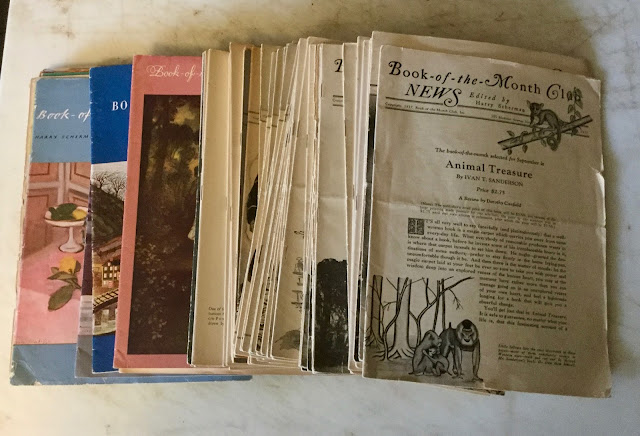 I had Book-of-the-Month Club News issues from the 1930s to the 1950s, and I gave them to Tom for Christmas one year because he enjoyed reading them.  I got them back as a birthday present when he could no longer read them. 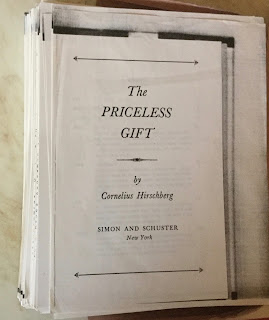 Surprisingly, in all our conversations about books,–and we had a lot of conversations–Tom never mentioned The Priceless Gift by Cornelius Hirschberg–or the fact that he photo-copied all 343 pages!  From looking at the Table of Contents, I can see why Tom liked this book.  It contains practically everything Tom liked! 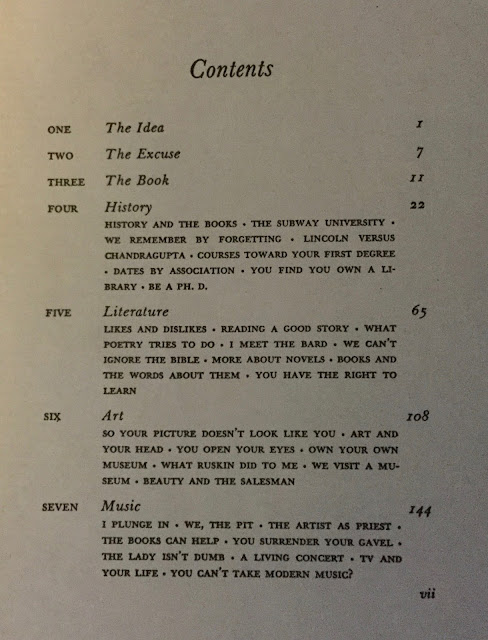 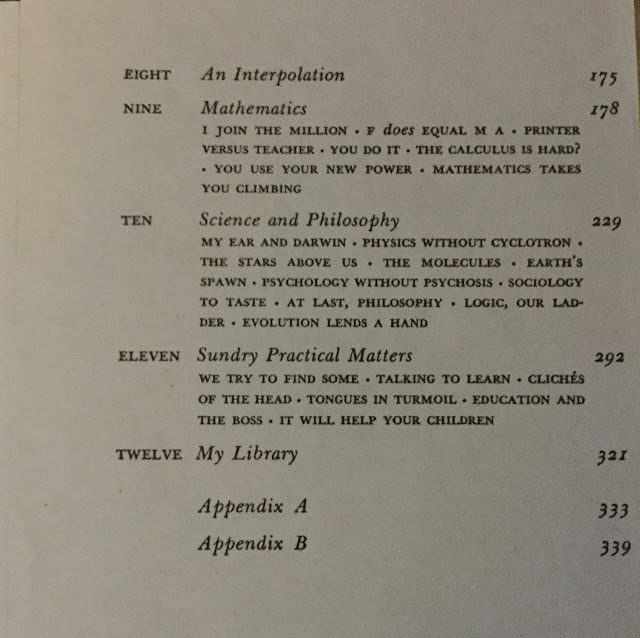 Tom needed room for all the large-print books he wanted, and his old books about books went to Bo Rushing's Back in the Day Books for store credit.  Tom had offered the Starrett and Morley books to me, but my shelves were already too full.  However, when Eve was cleaning out the closet a few months ago, she found some of Tom's books tucked away in the far corner.  And Starrett's The Last Bookman and several Christopher Morley books have now found a resting place on the Tom Harris Bookshelf in my library.

Eve still meets us for breakfast on Tuesdays.  And I tell the ladies "Tom Jokes."  And yes, everyone groans.

Linda and I still go toodling with Eve on Fridays.  But what I really miss is hearing Tom say: