William Carlos Williams (1883-1963) wasn't the only pediatrician in the last century who wrote poetry.  Although he was nowhere near as well known as Williams, Franklin Norwood Rogers (1881-1956) wrote poetry as well.  His poems have appeared in The Medical Pickwick, The New Hampshire Troubadour, and in An Anthology of New Hampshire Poetry.  Moreover, his wife, Bernice Clough Rogers, published a book of his poetry after he died. 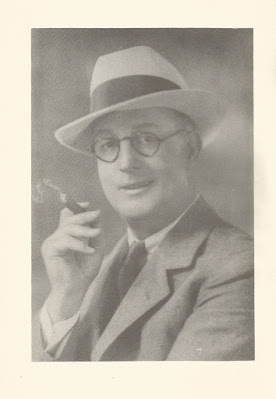 If his appearance of  lighthearted demeanor in the portrait above tells me anything about Franklin Norwood Rogers, it is that I expect his poems to be amusing and entertaining.  And that's what most of his poems are.  Here are some of his shorter ditties that appeared in the October 1920 issue of The Medical Pickwick under the name of F. N. Rogers. 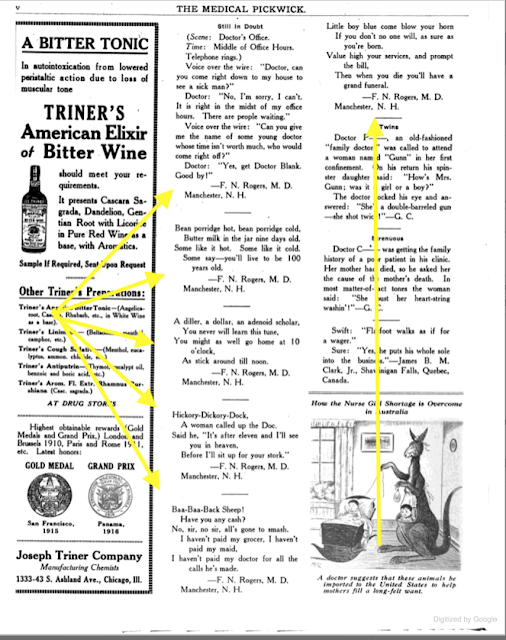 According to the Manchester, N. H. Historical Association,Dr. Franklin Norwood Rogers (1881-1956) is said to be New Hampshire's first pediatrician.   He graduated from Tufts Medical College, and then settled in Manchester, New Hampshire in 1905 where he joined the staff of Elliot Hospital in Manchester.  Here he is in a group photo of the staff that was taken in 1932.  Rogers is in the top row, the fourth man from the left or the right. 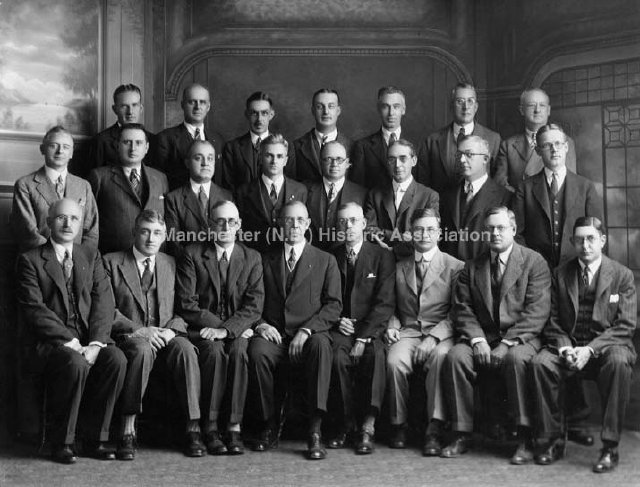 Dr. Franklin N. Rogers participated in several discussions on childhood diseases  at the Sixty-Ninth Annual Session of the American Medical Association, held at Chicago in June, 1918. 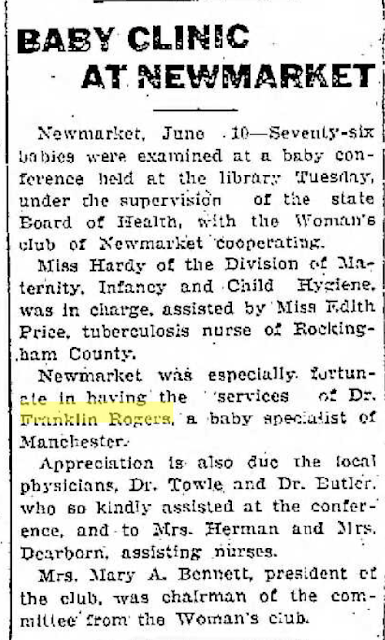 Dr. Franklin Norwood Rogers was a descendent of Thomas Rogers (1571-1621), one of the Mayflower passengers.  Franklin himself served as  Governor of the Society of Mayflower Descendents in the State of New Hampshire from 1940 to 1942. 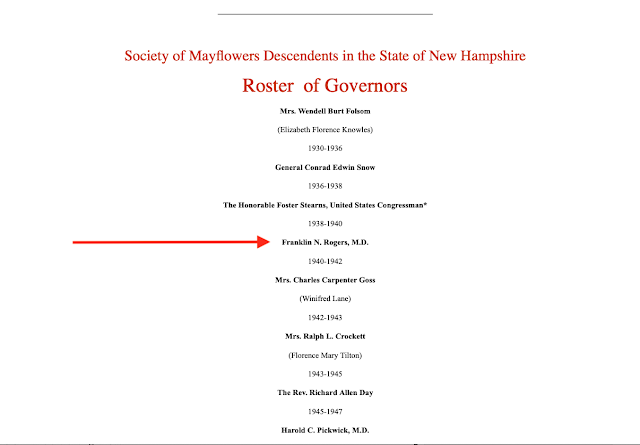 Franklin's wife, Bernice Clough Rogers, was a descendent of John Clough (1614-1691) who sailed on the ship Elizabeth and arrived at Charles Town in the Plantation of Massachusetts in the summer of 1635.   Bernice herself was one of the founders of the John Clough Genealogical Society in 1939, and served as its first Vice President.  Her husband's poem, "A Pilgrim's Progress," serves as the frontispiece of Volume II of The Genealogy of the Descendents of John Glough of Salisbury, Ma. 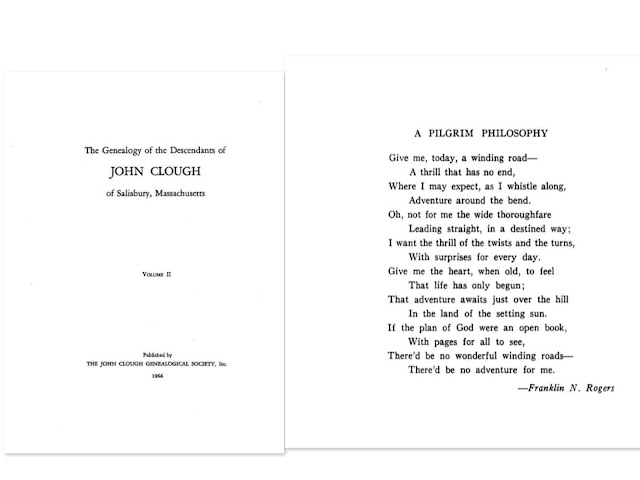 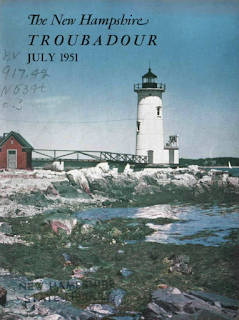 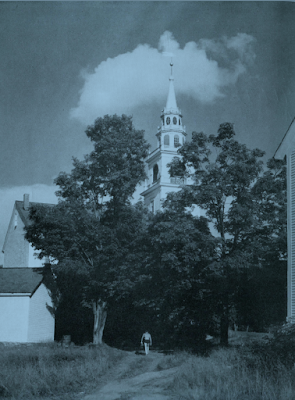 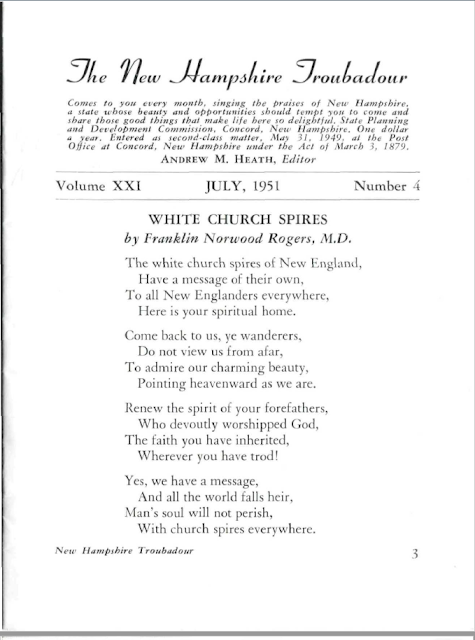 His poem, "Compensation," graces the pages of the second edition of An Anthology of New Hampshire Poetry, published by the New Hampshire Federation of Women's Clubs in September 1938.  I recently acquired a copy of this book from Ray Boas, a bookseller in Walpole, New Hampshire.  I ended up buying two more books online from Ray Boas the next day, but that's another story. 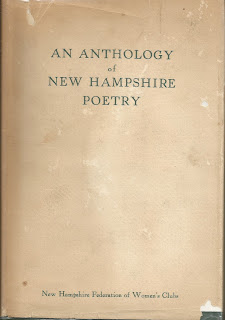 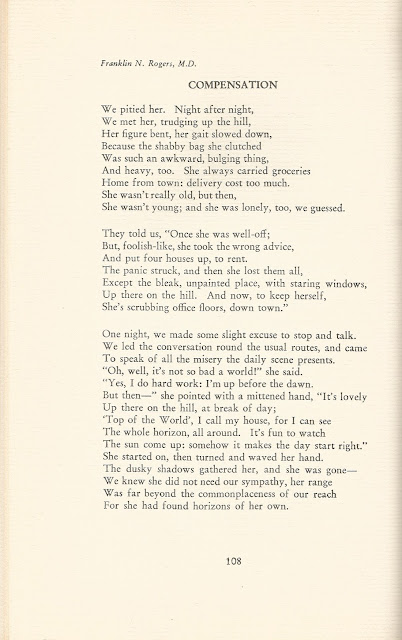 I mentioned earlier that Franklin's wife published a book of his poems after he died.  I have a vague memory of buying that book several years ago in a thrift store in or near  Crystal River, Florida while toodling with the Harrises on a Friday.  My friend Tom Harris passed away in April 2016, and, for the life of me, I can't remember if he was still alive when I bought this book!  But buy it I did.  And then I promptly lost it!

Now I have always been meticulous about cataloguing my recent acquisitions on Library Thing, usually the day or the day after I acquire them.  And I even used to post lists of my recent acquisitions on my monthly biblio-connecting blog.  But the Rogers book of poetry was nowhere to be found –– not in my Library Thing catalogue, or on my biblio-connecting blog, or in my library for that matter.  I remembered that it was a thin book.  And inserted in the book was a photo of the author along with a  sheet of paper containing one of his poems.  But I had that sick feeling that the book had slipped into the waste paper basket next to my desk....  I no longer have that sick feeling, for the book has miraculously reappeared in my library!  It was snuggled in between two books on the bottom shelf of my Philology Collection that I hadn't looked at in years!  How it got there, I do not know! 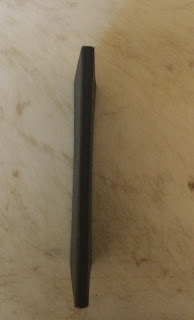 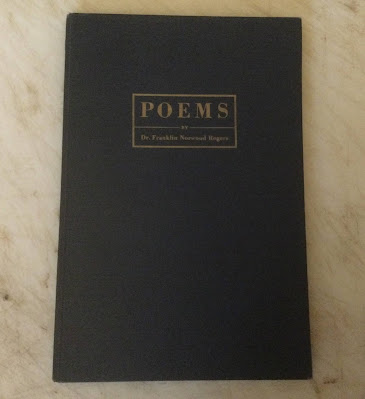 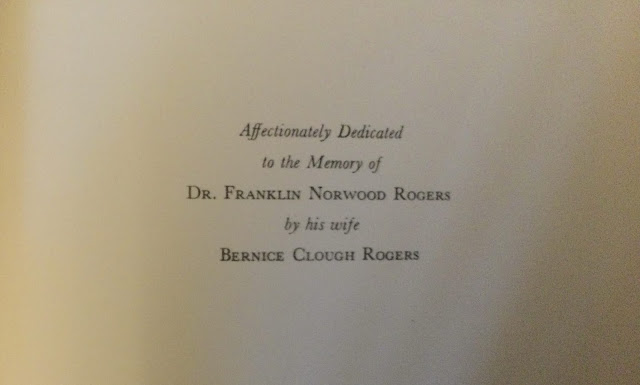 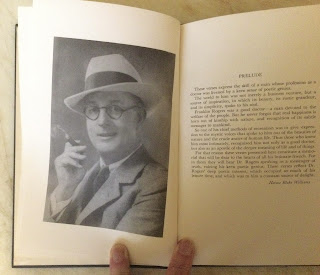 And here's the photo of the author and the sheet with the typed poem: 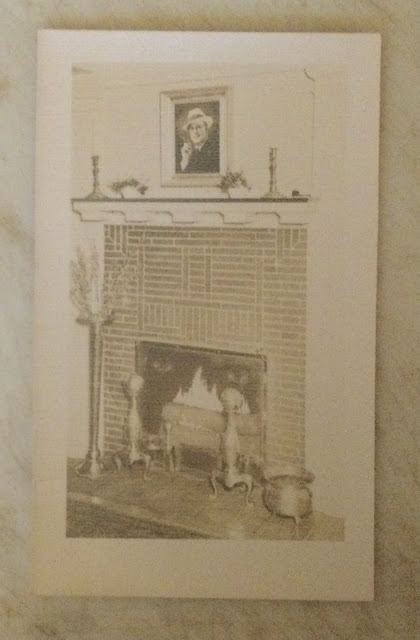 Franklin's poem, "Pilgrim's Progress," is on the very first page of the book.  "White Church Spires" is on page 3.  And "Childhood Fantasy" is on page 19.  All told there are 49 poems in the book.  The very last poem in the book is "A Matter of Judgment." 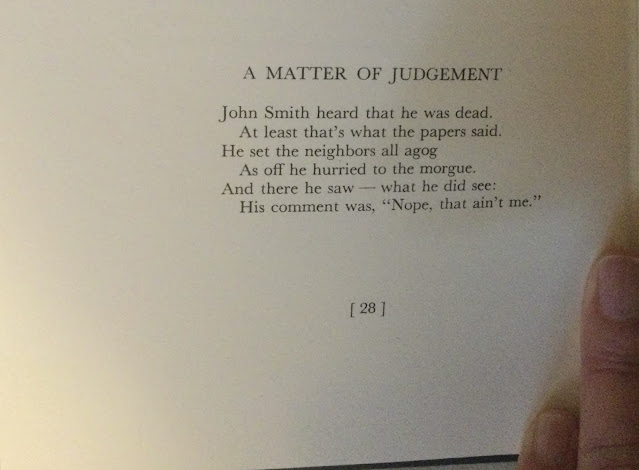 I don't ever ever have to fret and worry about losing a copy of Poems by Dr. Franklin Norwood Rogers again!  Why?  Because I now have three copies!

One book I would like to have is a book – any book – from the private library of Dr. F. N. Rogers!

According to the Internet Archive, The National Library of Medicine has his copy of The Practice of Surgery by Samuel Cooper. 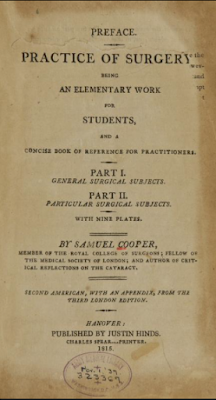 Rogers gave this book to Dr. George Sanford Foster, who, in turn, presented it to the United States Army Medical Library in Washington D. C. 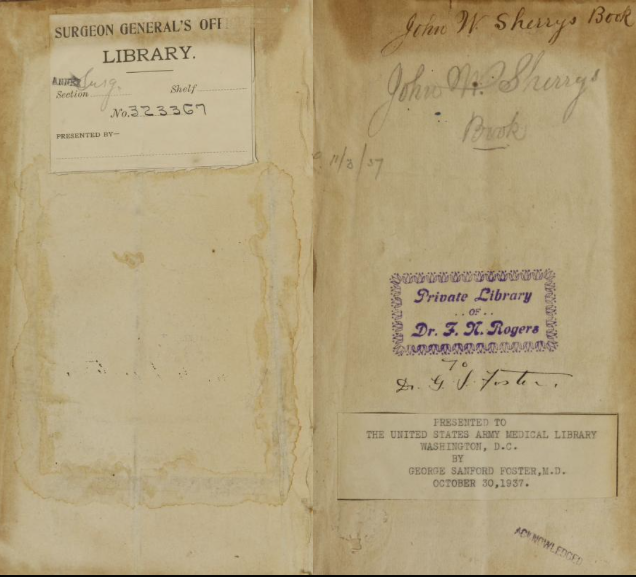 For my readers in New Hampshire, if you happen to come across a book with the book stamp of Dr. F. N. Rogers, please contact me right here on this very blog!