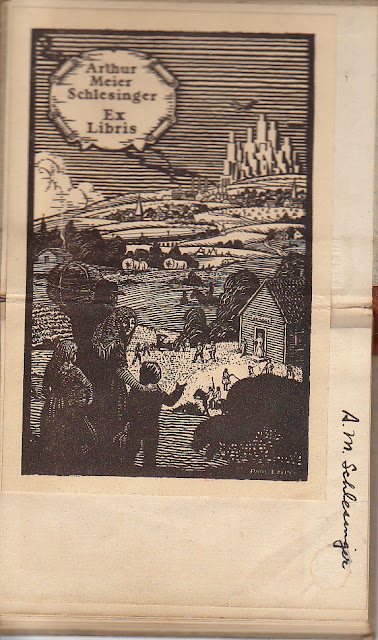 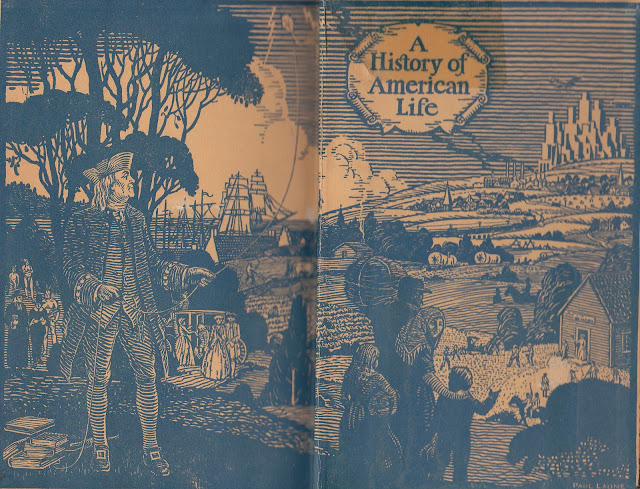 Yes. The complete panorama of American Life. From the ships in the harbor, to the Pilgrims and the Indians, to the colonials embarking on a stagecoach, to the farmer plowing the field. And to Ben Franklin flying his kite high up in the American sky. My sky. Arthur Schlesinger's sky. Arthur Schlesinger's History of American Life from beginning to end.
Posted by Jerry Morris on Sunday, January 30, 2011 8 comments: Links to this post

Always Be On Time

In this New Year, I will strive to post at least one blog entry each month. This first title, "Always Be On Time," will be an appropriate reminder for me.

For My Sentimental Library Collection, I collect books formerly owned by authors, bibliophiles, and other famous people. I also want books written by or about them, bookplates if they have them, catalogues of their libraries if such were published, and autograph letters either to or from them. Usually, I look for books formerly owned by authors I collect, and then try to complete the cycle of acquiring bookplates, catalogues, and autograph letters. In one case, however, it was the bookplate that got me started first. And I didn't know the owner of the bookplate from Adam. 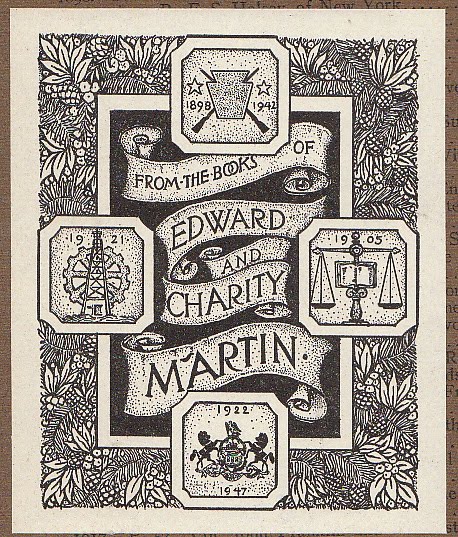 In 2004, I wrote an article for the now defunct online periodical, AB Bookman's Magazine. My article was titled "The Story of a Bookplate." If you haven't read this article before, you should read it now. It provides background information for this blog entry.

The bookplate was pasted on the inside cover of a pamphlet commemorating the Battle and Massacre of Wyoming, Pennsylvania, July 3, 1778. I don't remember exactly where I acquired the pamphlet; there were two commemorative pamphlets, but I gave one to "fellow" collector, Jan Clark. I may even have bought the pamphlets specifically because of the bookplate. I have done that in the past. 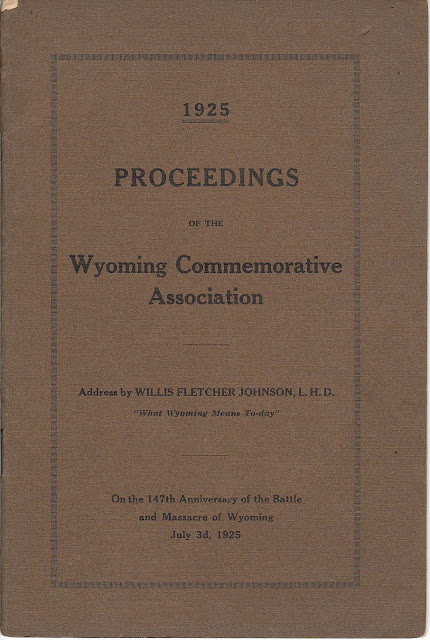 I kept track of the copies of Edward Martin's autobiography, Always Be On Time, available online, but was unwilling to pay $75 for a copy. But in June 2009, one of the booksellers had a 50% off sale, and you can guess what I bought. 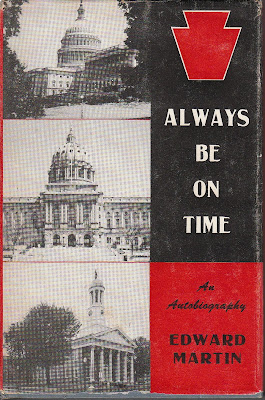 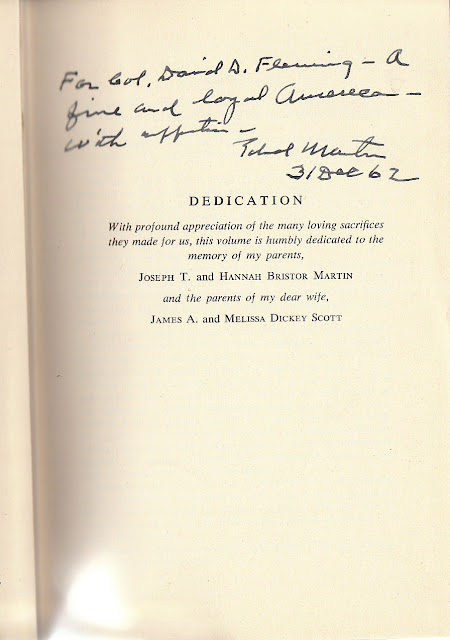 Colonel Fleming underlined his own name in the text: 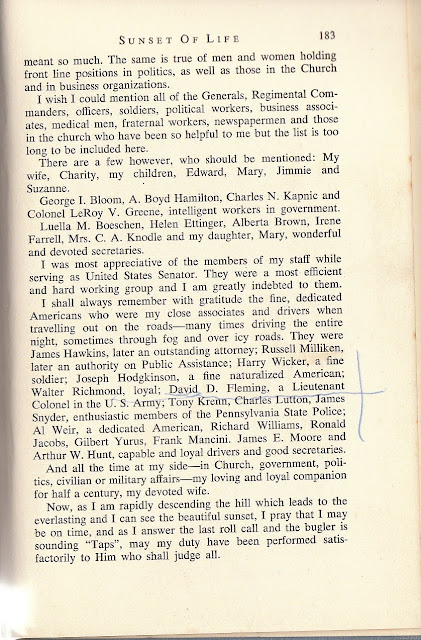 This book title is part of a motto Edward Martin's father practiced and preached: "Be on time, be loyal and speak the truth." Edward Martin lived by that motto himself, as a general, as a governor, as a senator, and as a man. I wish there were more politicians like him today. We need them.


Here is a picture of Private Martin: 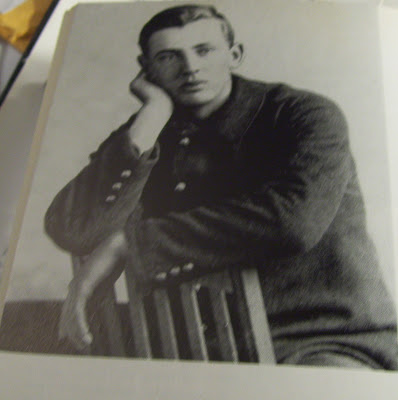 Here is a picture of General Martin: 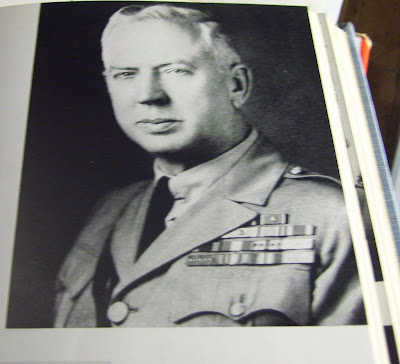 Here is a picture of Senator Martin. 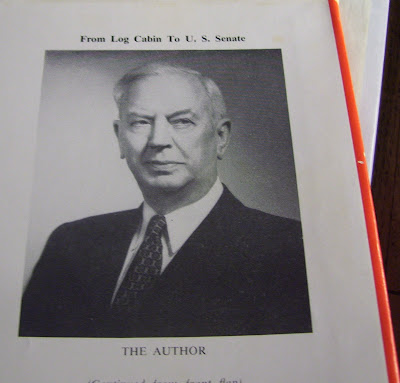 Here are some more images from the book:

In all my twenty-three years in the military, I never witnessed a General marching with his troops. That is General Martin leading his troops in formation. 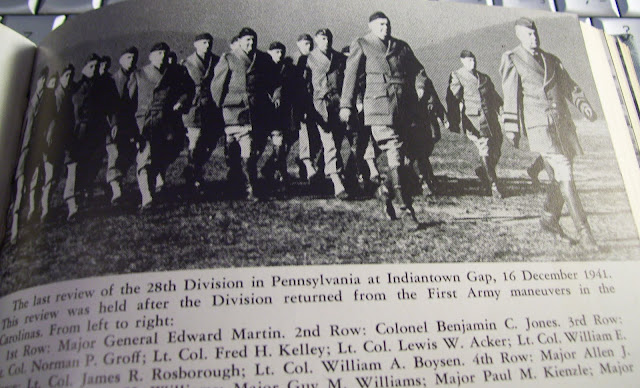 During his long military career, General Martin used several modes of transportation for moving his troops. From using carabaos (water buffalo) in the Philippines in 1899:

To using trucks along the Mexican border in 1916: 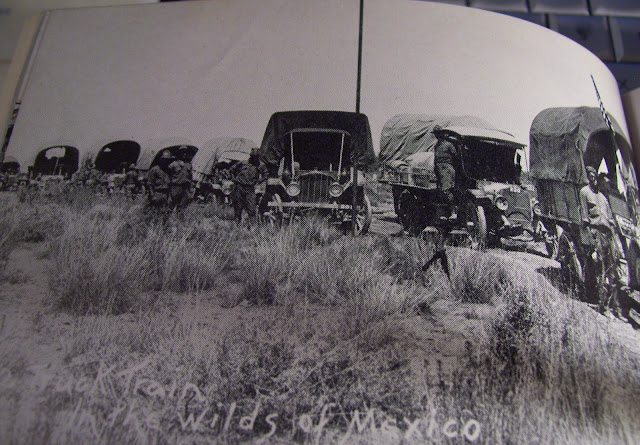 To using Wagon Trains – No, this is not the Wild West. It is a picture of the 110th Wagon Train at Camp Hancock, Georgia in 1917: 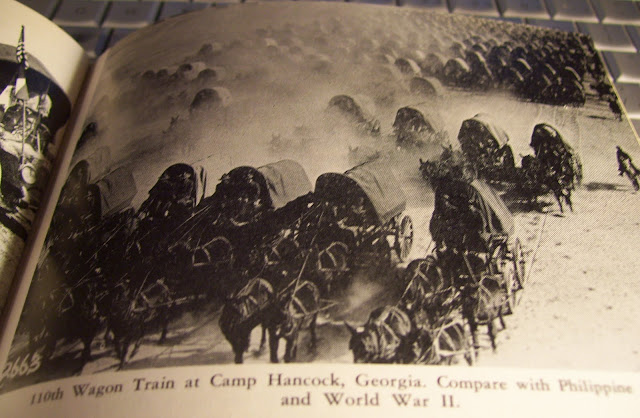 Why the sudden interest in Edward Martin? The last thing I bought in 2010, on December 31st no less, was a Typed Letter Signed (TLS) by Edward Martin. I acquired the letter from Linda Harris, an ebay seller from Spartanburg, S.C. 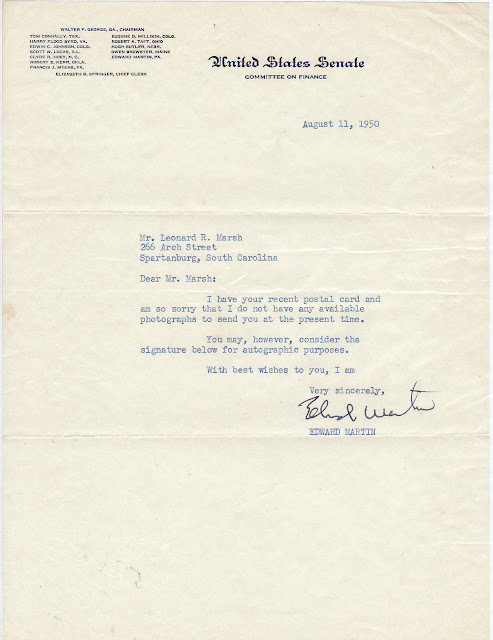 I don't believe there is a catalogue of Edward Martin 's library–a photo of his library will have to do. 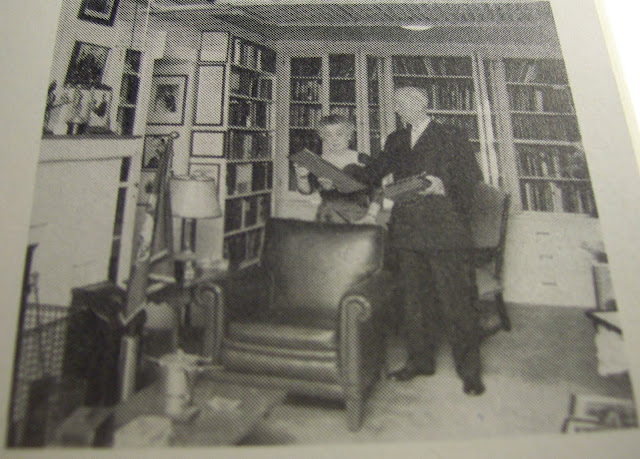 I have, therefore, completed the cycle for My Sentimental Library!

A book from Edward Martin's library

A book by and about him,

And a Happy New Year already!