From the Book Barn in Niantic, Ct.
to the Florida Antiquarian Book Fair in St. Petersburg, Fl.

My wife and I drove up from Florida to Groton, Connecticut this month so she could attend a Danish Sisterhood of America Convention.  And while she was attending meetings on Saturday, April 14th, I was browsing books at Store Four of The Book Barn in nearby Niantic, Ct.


The largest bookstore in Connecticut!


I never made it out of Store Four.  I spent hours in there browsing books that were to my liking. 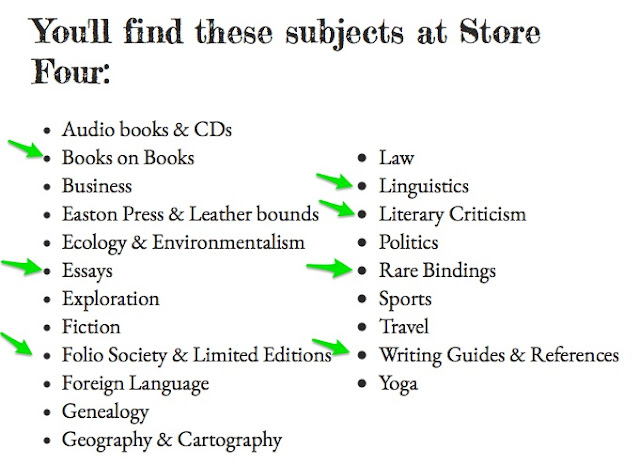 The prices were more than reasonable.  And I bought a book bag to carry the books I bought back to the hotel 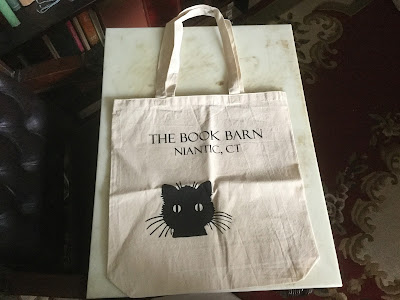 Amidst all the bookcases, Store Four has a couch on the second floor.  And two cats were napping on the couch.  Friendly cats they were.  While I was there, a little girl was petting them while her parents were browsing the books.


I did quite well at Store Four! 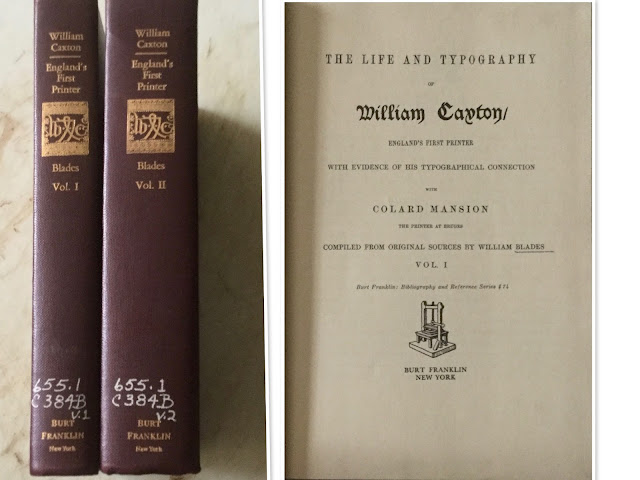 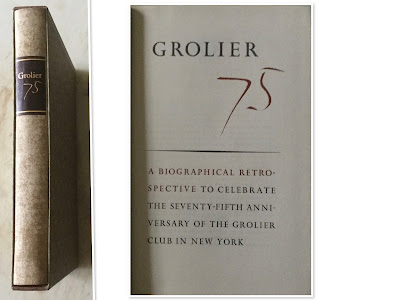 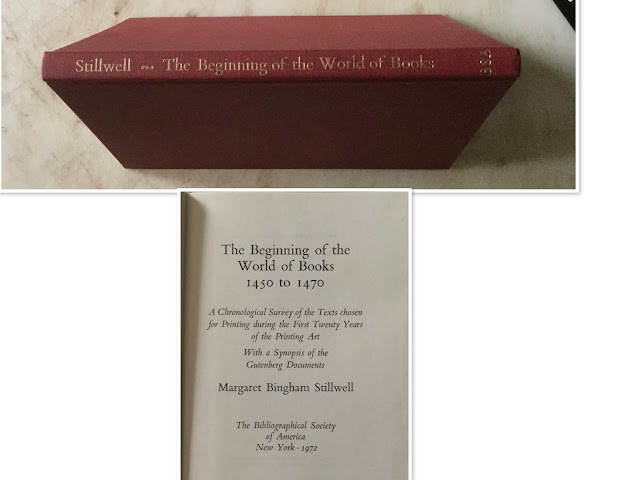 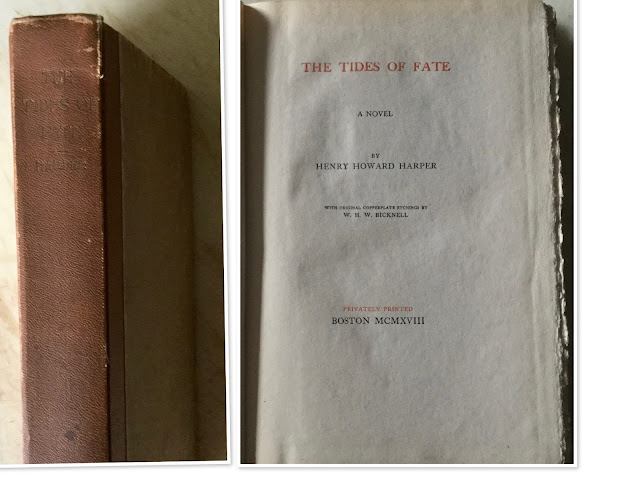 Henry Howard Harper is the auther of six other books in my library, three of which are about book clubs or libraries, two are about authors (RLS and Lord Byron), and one contains short stories Harper wrote. Harper was the founder of the Bibliophile Society of Boston.  I have five of the club's annual reports from the 1920s and 1930s, all of which contain articles by notable bookmen of the period.  Harper presented this copy of The Tides of Fate to Isaac Joseph, a fellow member of the Bibliophile Society. 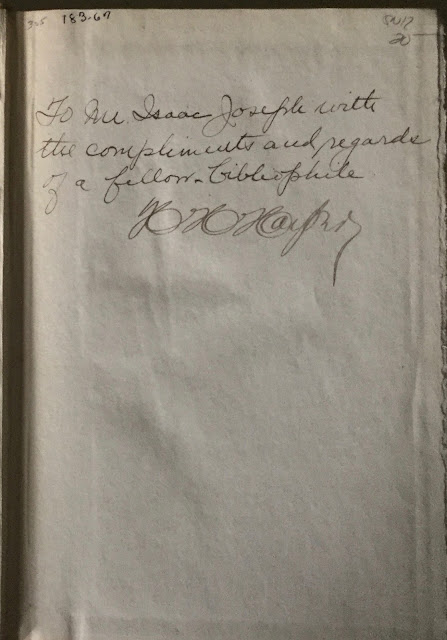 Last but not least, I found a first edition of Strunk & White's book, The Elements of Style! 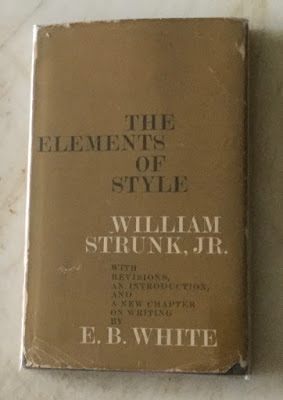 Take a look at the inscription! 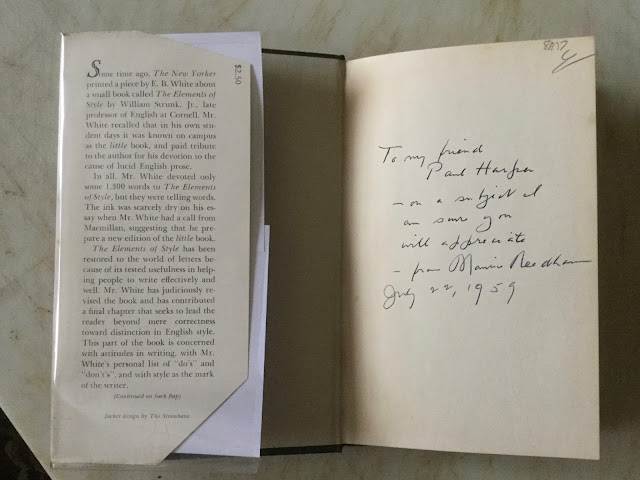 To my friend
Paul Harper
–on a subject I
am sure you
will appreciate
–from Maurice Needham
July 22, 1959


In 1946, Paul Harper was a mere copywriter for the advertising agency that Maurice Needham created in 1924.  By 1960, Paul Harper was chairman of Needham Harper Worldwide.  Harper passed away in December 2013 in Lyme, Ct. This book ended up fifteen minutes away in Store Four of The Book Barn in Niantic, Ct.  It is now in my library in Bayonet Point, Florida with all my other copies of The Elements of Style.

On our way home to Florida, my wife and I took exit 227 off of I-81 and spent hours browsing in the Factory Antique Mall in Verona, Va.–the largest antique mall in America! 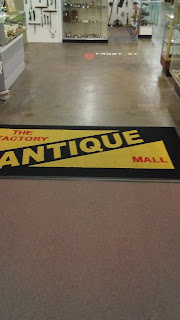 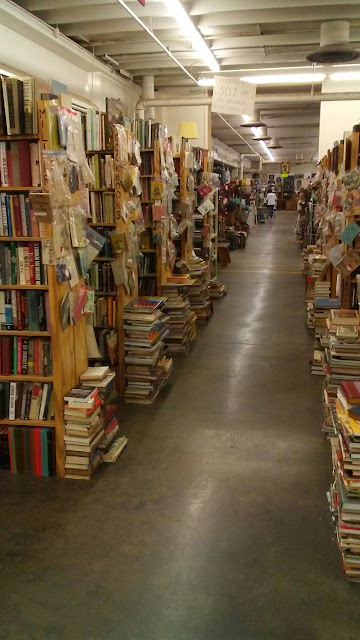 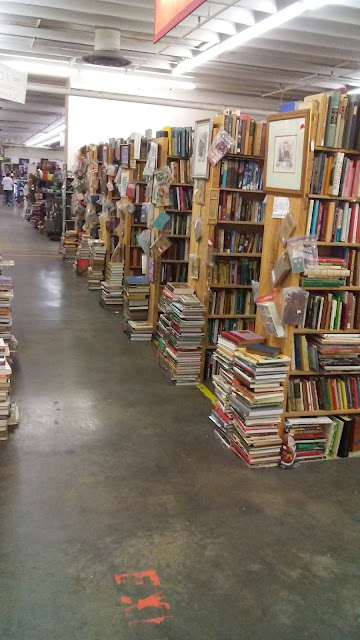 I bought five books there in June 2015.  But this time I had to be very choosy.  Besides the books I bought at The Book Barn in Niantic, I had a substantial purchase online this month.  So I limited myself to just what I "had" to have at the Factory Antique Mall.  And that was this calendar from 1947!  I was born in June, 1947–on Friday the 13th! 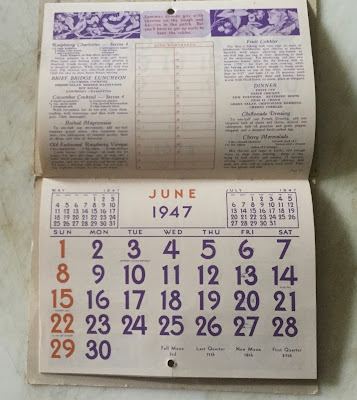 I mentioned my substantial online purchase.  It was for $225!  I couldn't pass this book up.  I have spent many an hour poring over bookseller catalogues.  Moreover, my friend Kurt Zimmerman wrote the Intro and an Envoi. 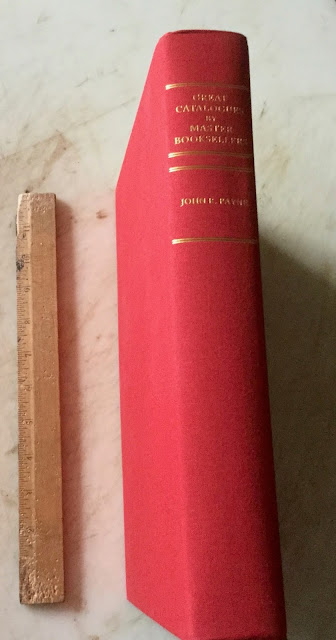 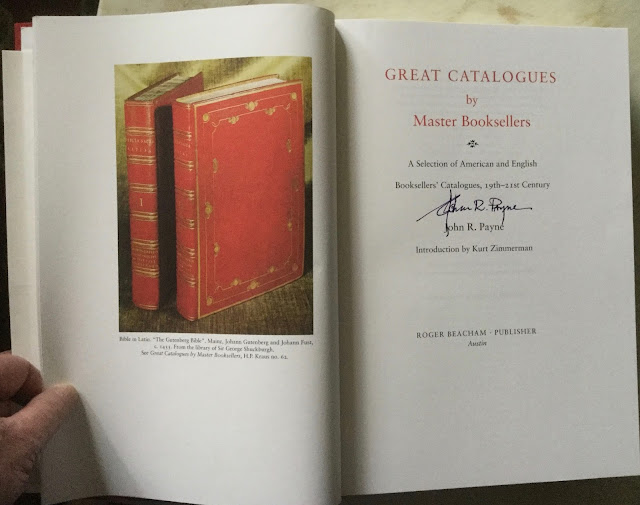 I'm writing a paper about James Boswell and Hester Thrale Piozzi, so I bought these two books online to add to my reference library on Boswell and Piozzi. 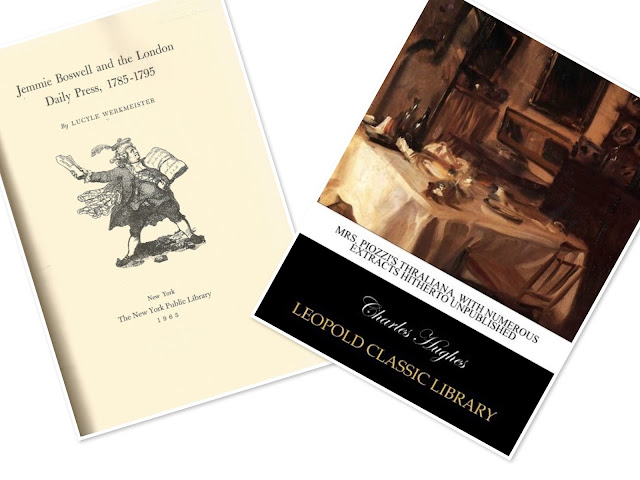 We finally made it back home to Florida Wednesday night the 18th.  Two days later, I was coordinating the Florida Bibliophile Society's running of the hospitality table at the Florida Antiquarian Book Fair: greeting booklovers, checking in their books, and signing them up to receive copies of our online newsletter, The Florida Bibliophile.  And then on Sunday, we performed book evaluations from 1pm to 4pm (myself, Irene Pavase, and Lee Harrer).

I roamed around and around the book stalls all weekend at the book fair.  There were least five books  that I wanted to buy. But there was only one book that I "had to have."  And that was a book from Booth 3, Mike Slicker's Lighthouse Books: 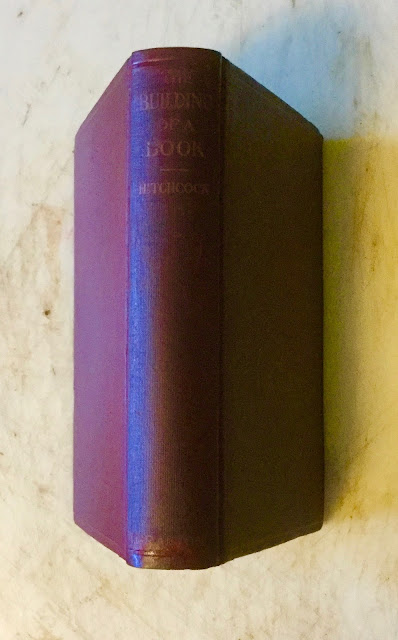 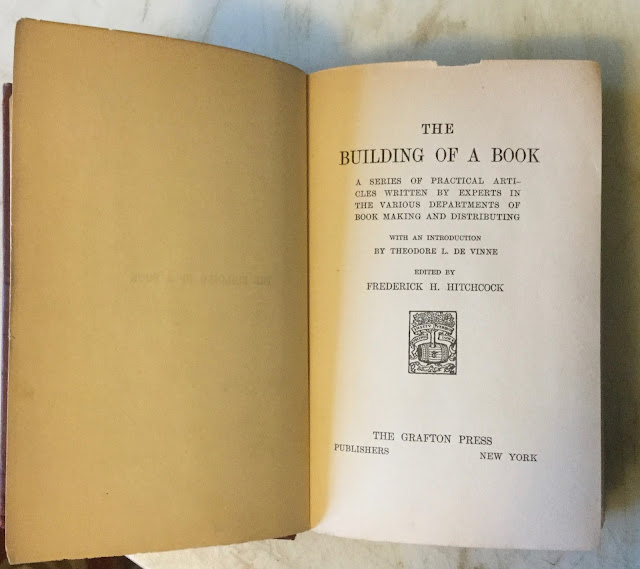 There is more to this book, published in December 1906, than meets the eye.  Much, much, more! 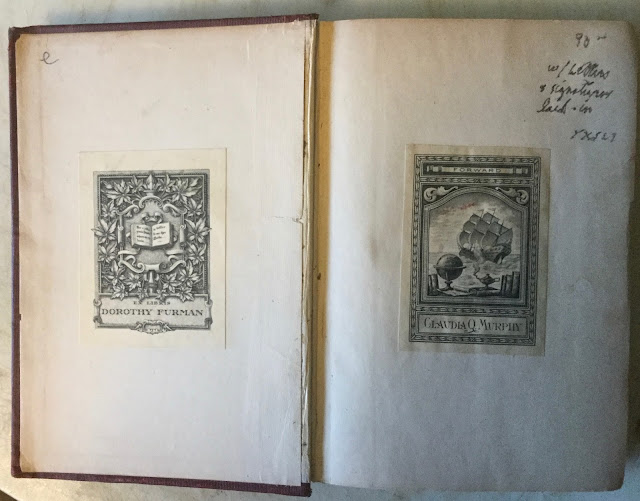 There is a different bookplate of Claudia Q. Murphy's pasted on the rear pastedown. 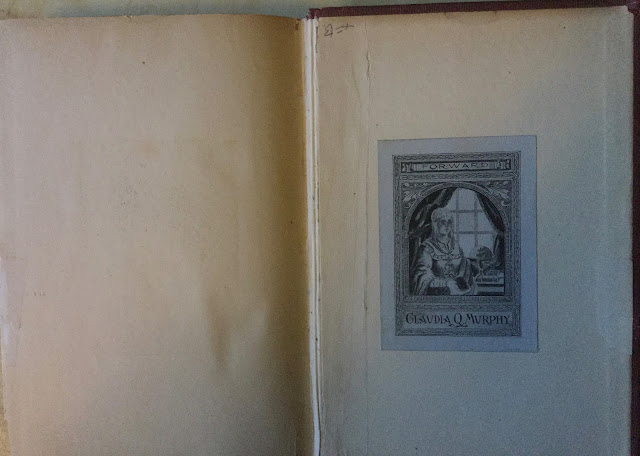 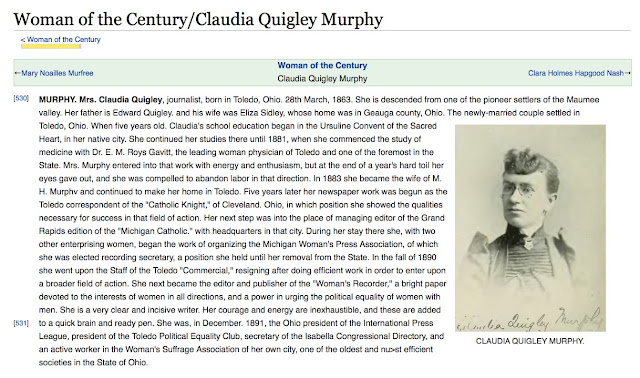 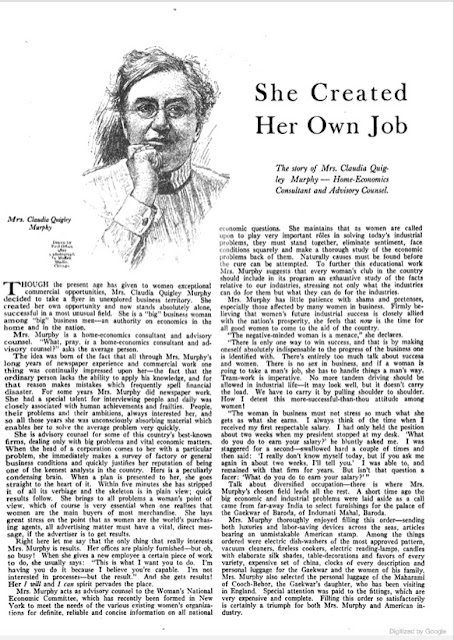 She liked to insert pertinent letters into her books.  The Harry Ransom Center has two letters from Evelyn Blantyre Simpson to Dorothy Furman, that Furman laid in two books about RLS that Simpson wrote.

There were 269 lots of bookplates in her bookplate collection, which sold at Walpole Galleries in 1923.  Moreover, there were 94 books about bookplates up for auction, in which Miss Dorothy Furman had laid in over 195 autograph letters from bookplate artists.

Her copy of Hitchcock's The Building of a Book was no different.  Laid in the book, in the chapter by Francis H. Halsey, titled "The Literary Adviser," was an A.L.S. from Francis W. Halsey to Dorothy Furman. 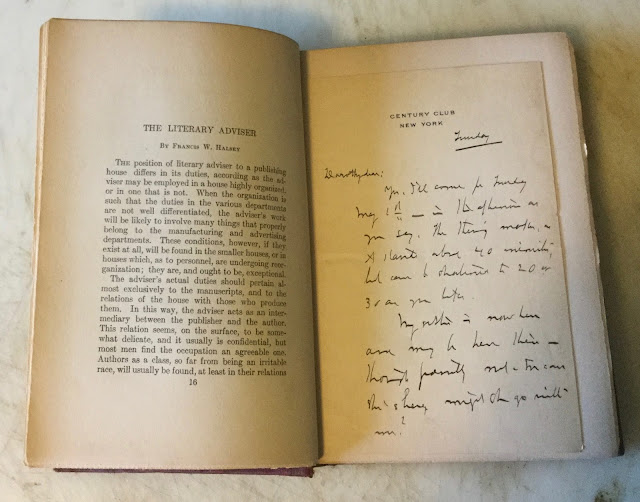 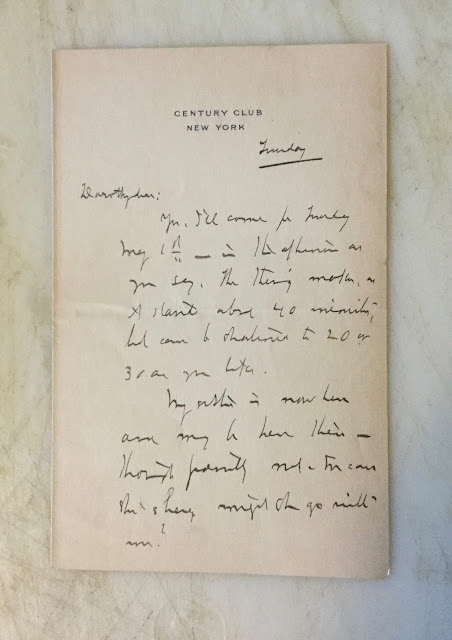 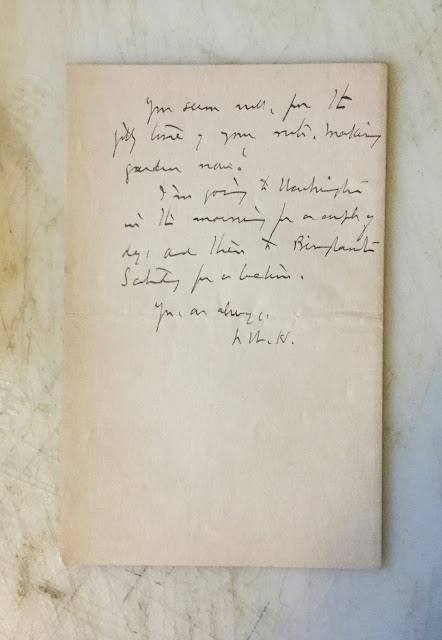 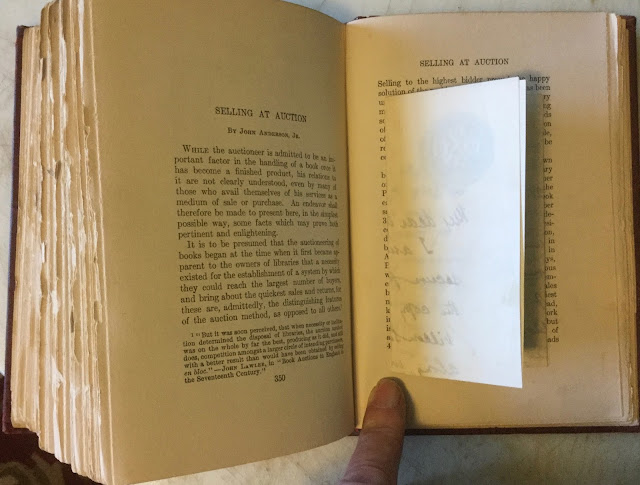 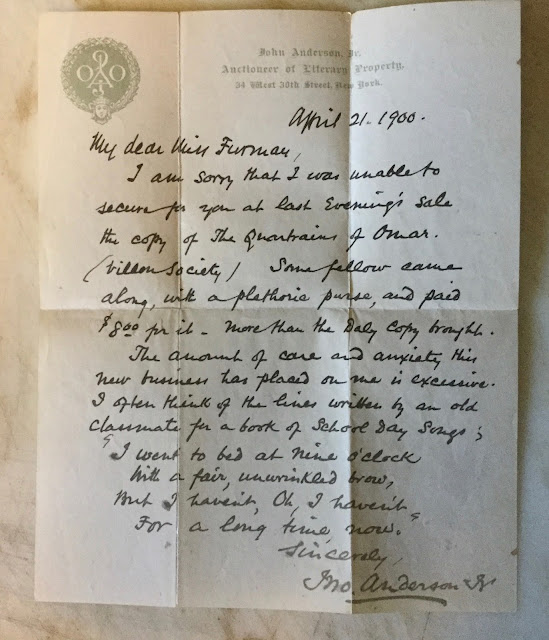 As a finale, Miss Dorothy Furman laid in a teaser in the chapter by Charles E. Goodspeed titled "Rare and Second-Hand Books." 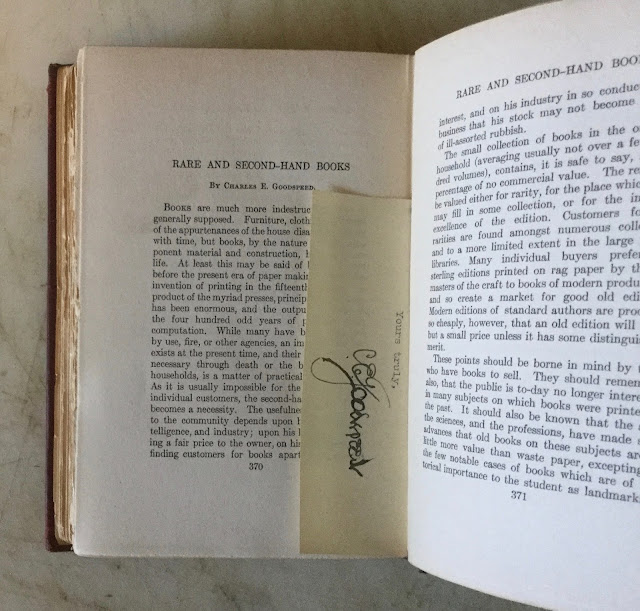