Some Snippets of Wise Old Words
Gathered In the Gutter...

On my library desk table, between my book press and my set of The Oxford English Dictionary, stands a copy of  the 1951 revised edition of The Little Oxford Dictionary. 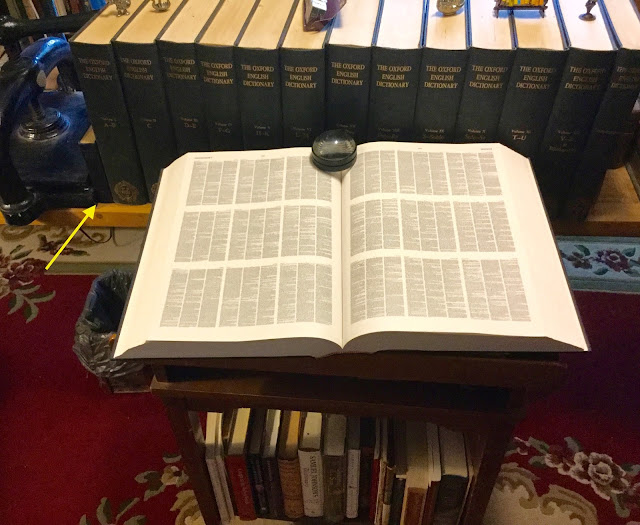 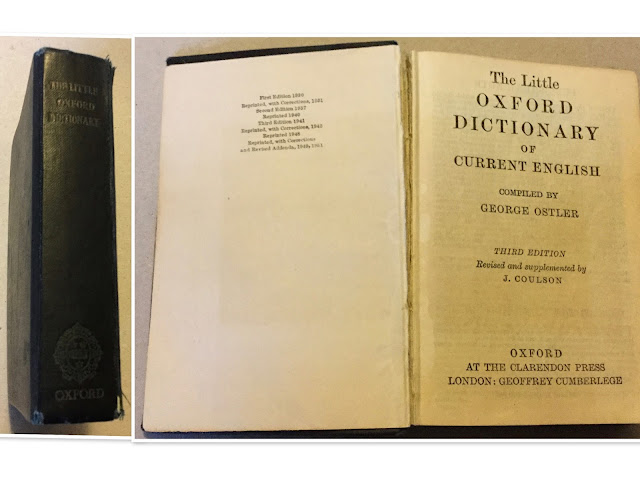 And in this dictionary are snippets and other newspaper clippings that a former owner gathered in the gutter of the book.


OED Definition of the word,  gutter 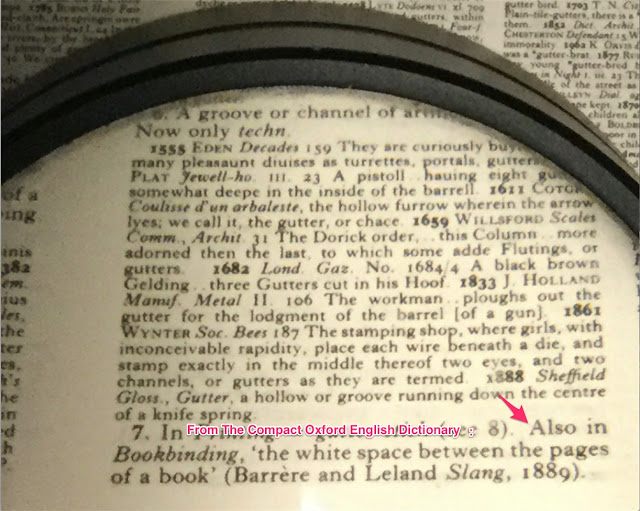 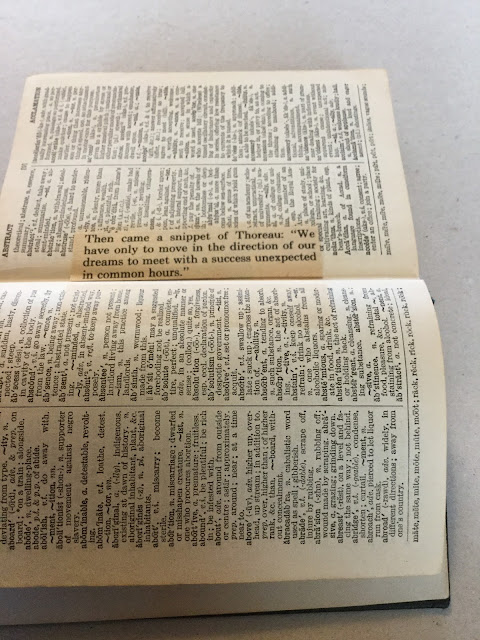 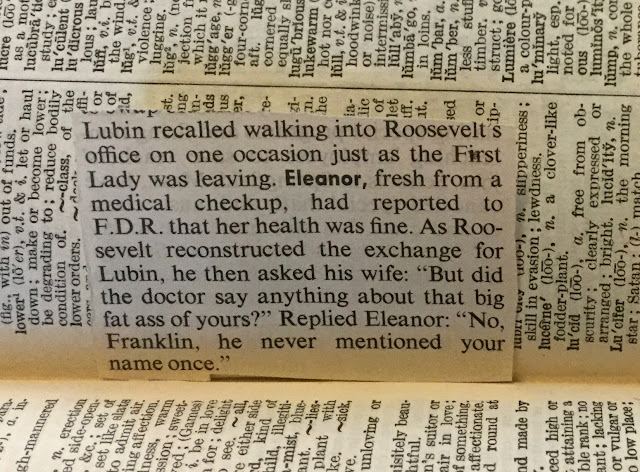 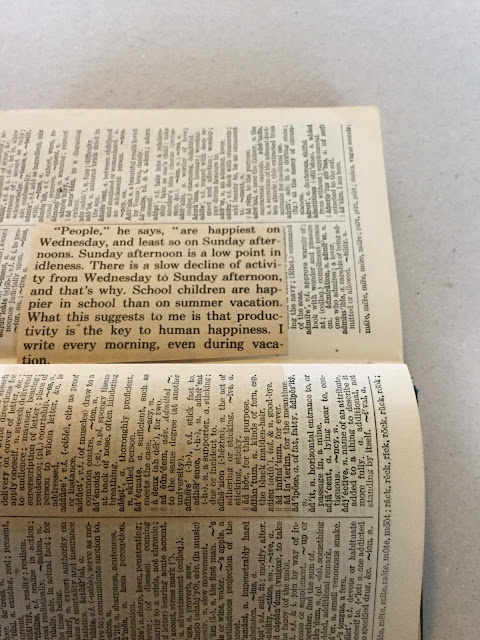 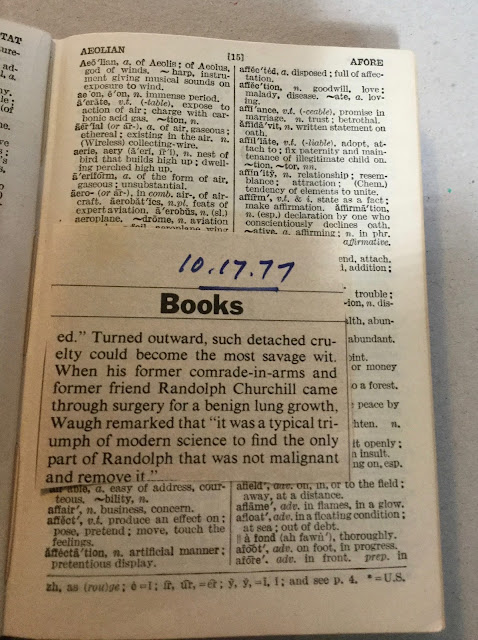 My first thought when I saw these snippets was that they were inserted to illustrate the use of words found on specific pages of the dictionary.   But that is not the case.  The snippets were placed wherever the former owner chose to place them.  And the brown spots on the page on the other side of the gutter show that most of them haven't been moved since they were inserted. 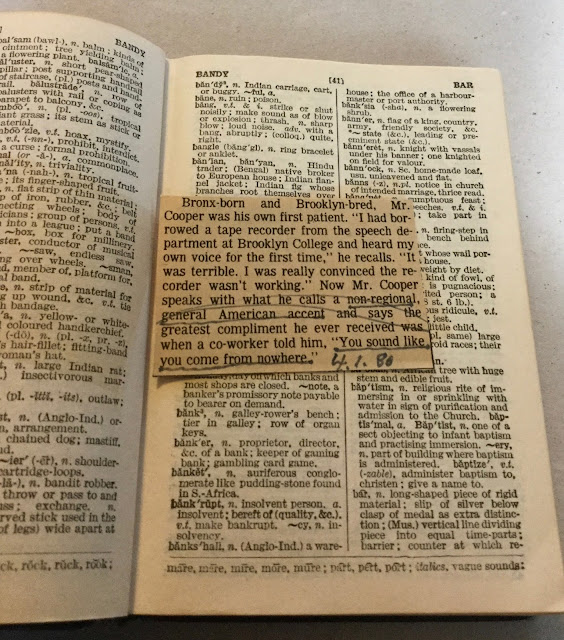 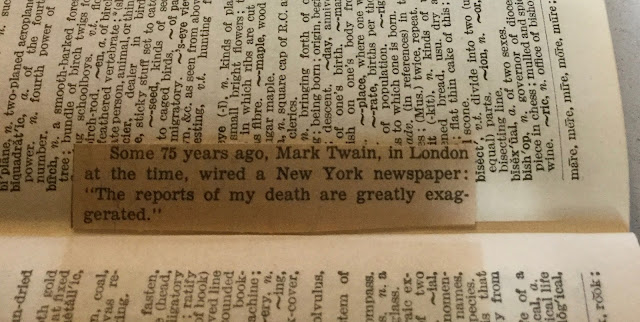 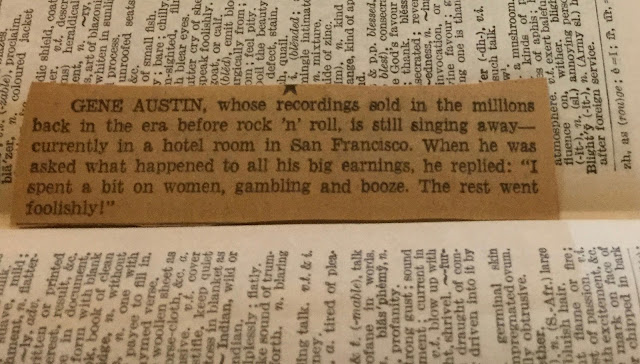 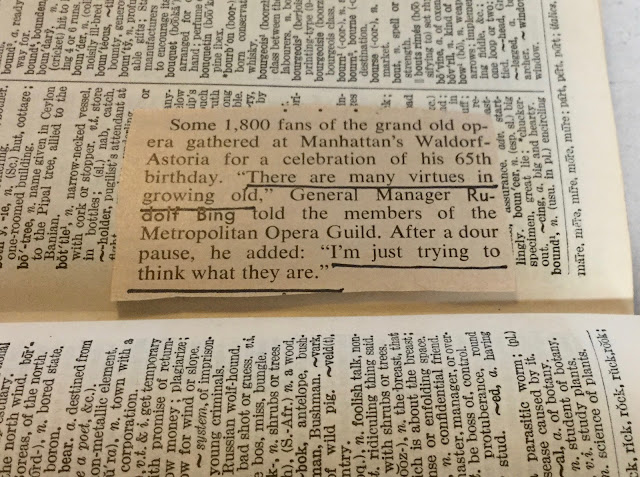 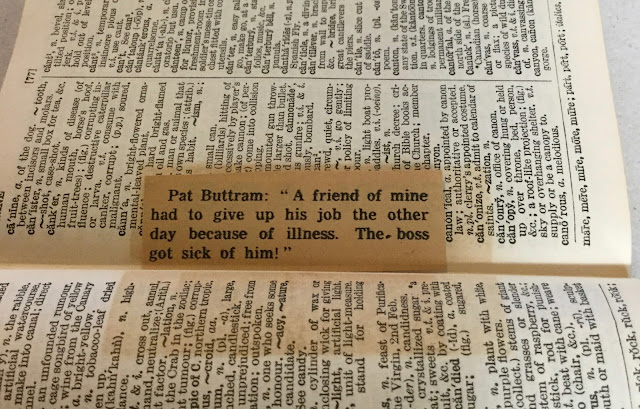 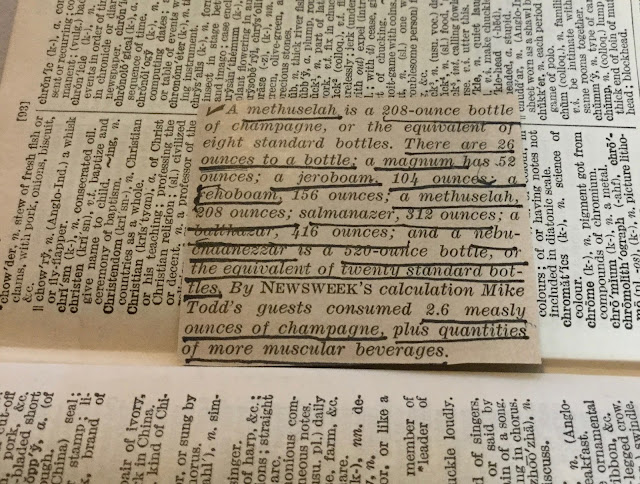 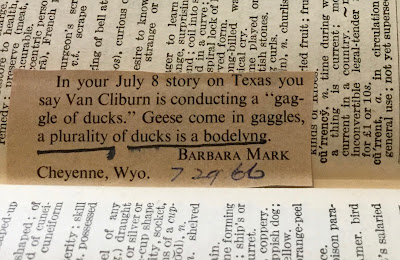 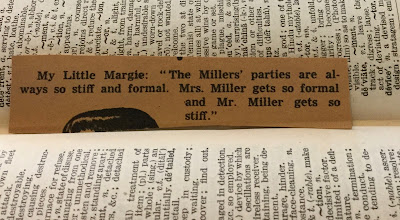 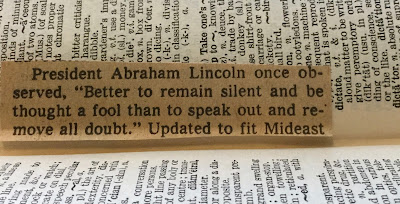 If you guessed that the above Toddisms referred to Mike Todd (1909-1958), movie producer and Elizabeth Taylor's third husband, you would be correct. 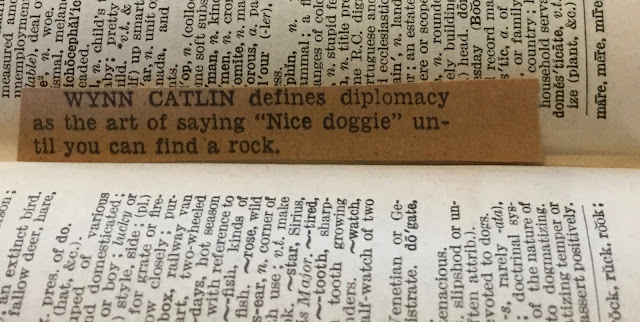 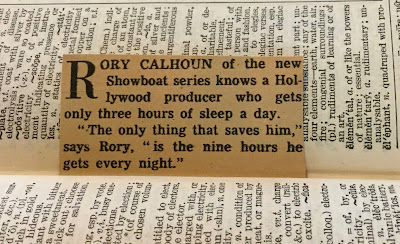 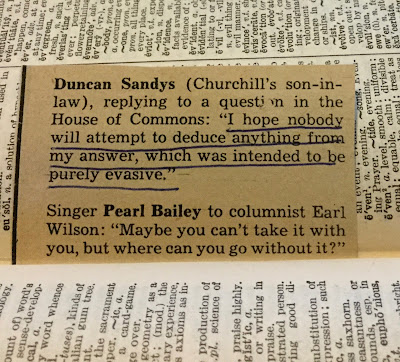 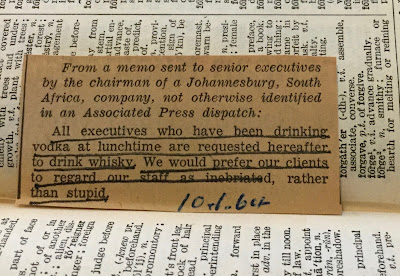 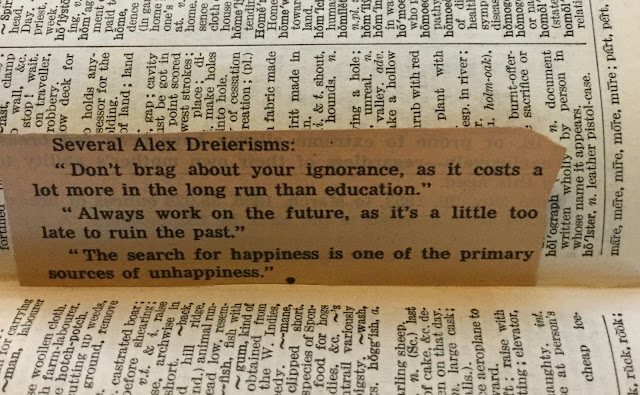 I don't know the name of the former owner of this rather unique copy of The Little Oxford Dictionary. But his son was named Eddie. And Eddie give this book to his father as a birthday present in 1952. 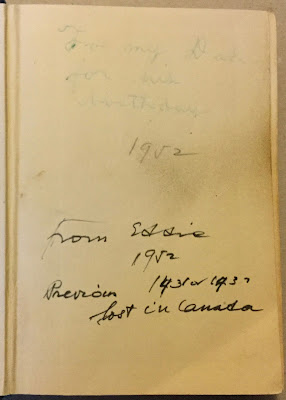 His father used to have a copy of this dictionary in the 1930s, but lost it in Canada in either 1936 or 1937.  I wonder if he inserted snippets in that dictionary too? 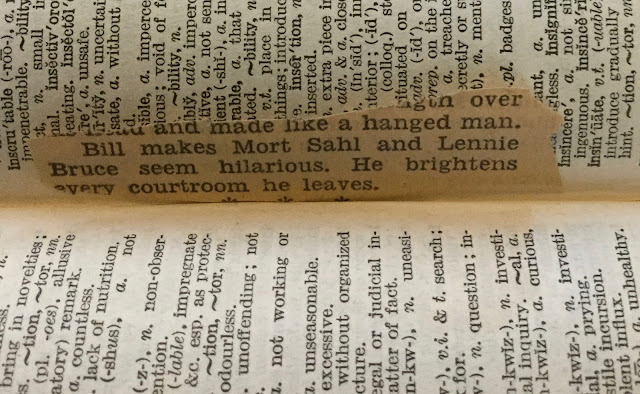 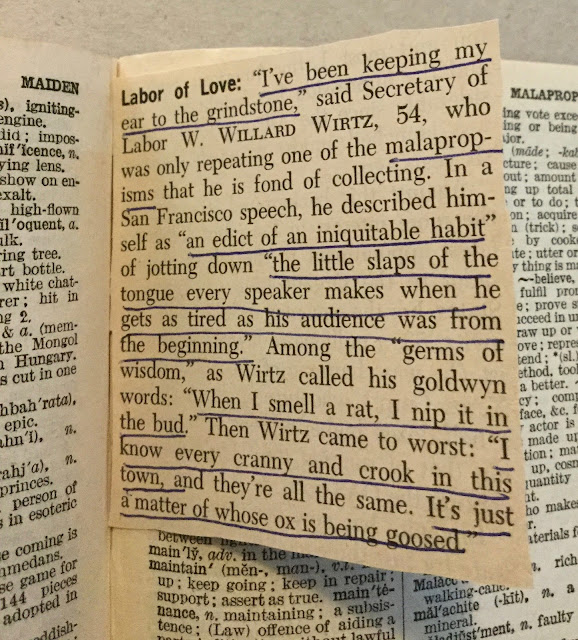 The former owner of this dictionary wrote a suggestive snippit for his dog:

Why don't you go bite the mailman?

As a former mailman, all I have to say is, "Really?" 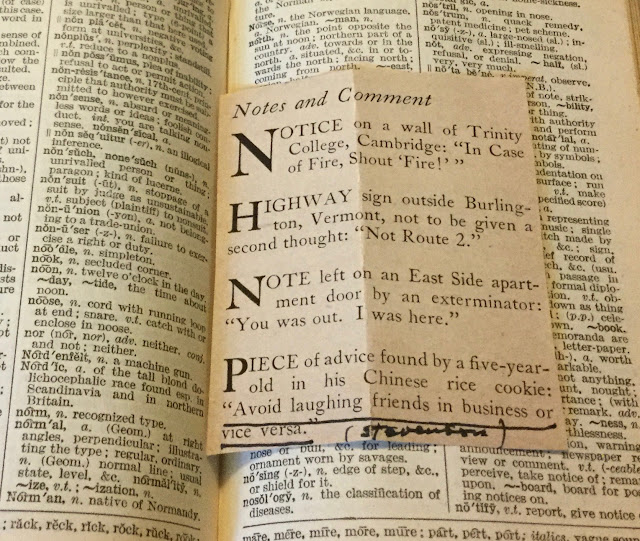 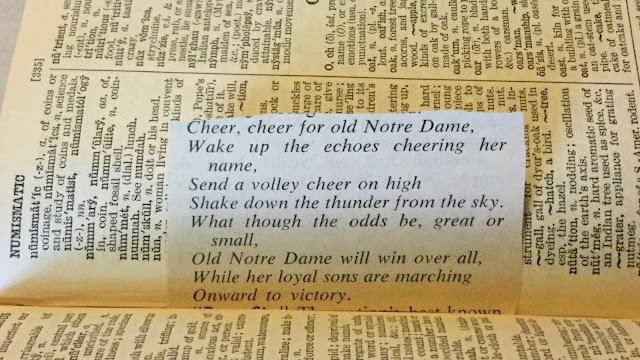 I don't think the former owner of this dictionary agreed with GBS.

If I had a mantis it wouldn't pray 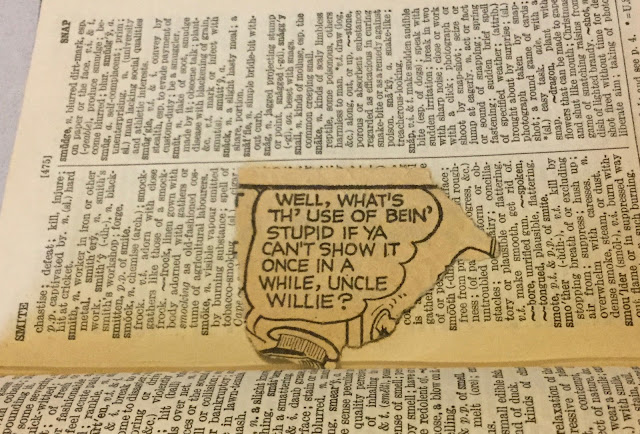 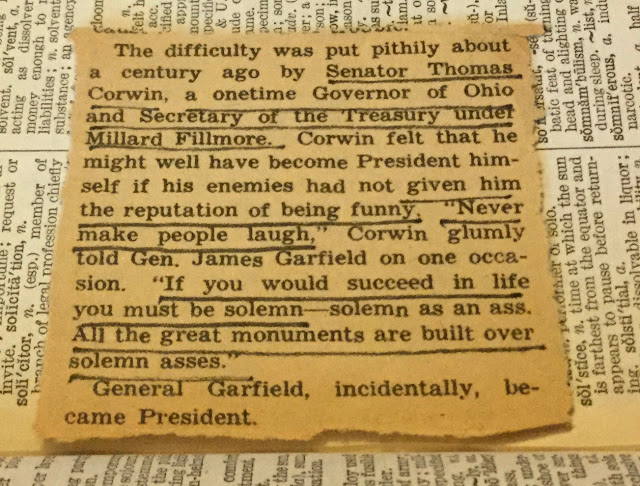 I don't know about the next one... 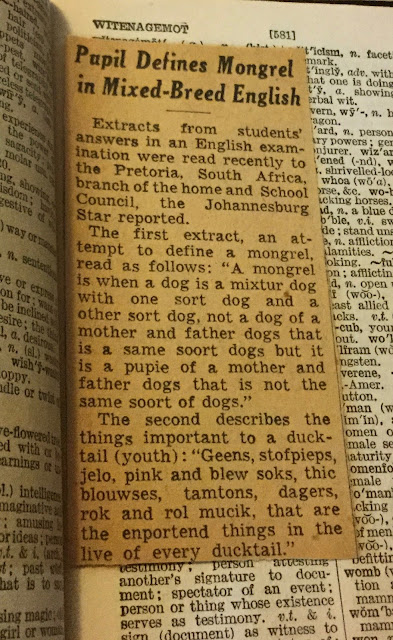 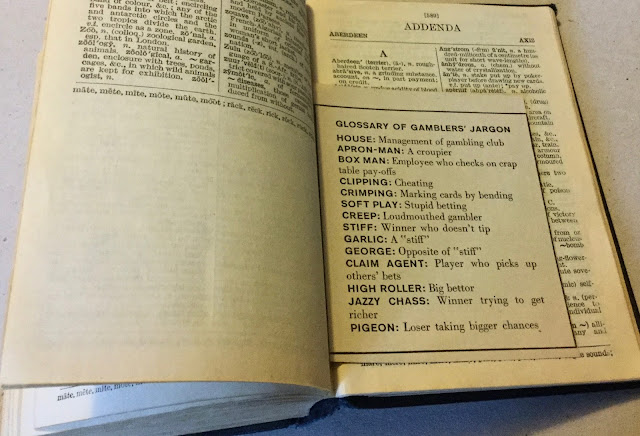 I bought this little dictionary in a local thrift store in the Tampa Bay area in March 2011.  Reading these snippets has brought many a smile to my face.  And even a chuckle or two.  And I hope the same has happened to you.