Books on Language:
Part the Last.
An Anecdote 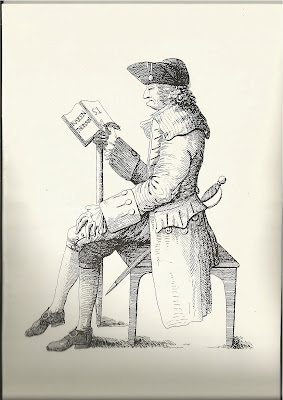 But I am getting ahead of myself....

The story actually begins in England; RAF Mildenhall, to be exact, approximately seventy-five miles north of London. It was the late 1980s, and I was serving my last tour in the United States Air Force before retiring to warm and sunny Florida. In my off duty time, my wife visited the antique shops in the towns and villages in the countryside of England, while I visited the bookstores. At that time, it seemed almost every town had a bookstore, and at least one antique store. Sometimes we attended village auctions, where we bid on and won several choice pieces of antique furniture. One day, in a village near RAF Mildenhall, there was something different up for auction –– something for my small but growing library: 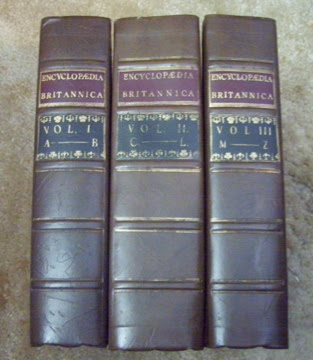 I eyed this set. I was familiar with the Encyclopædia Britannica. I had considered buying a multi-volume set for my four teenagers –– until I saw the price. But I had never seen this three-volume set before!

I opened the cover of Volume I and saw this insert: 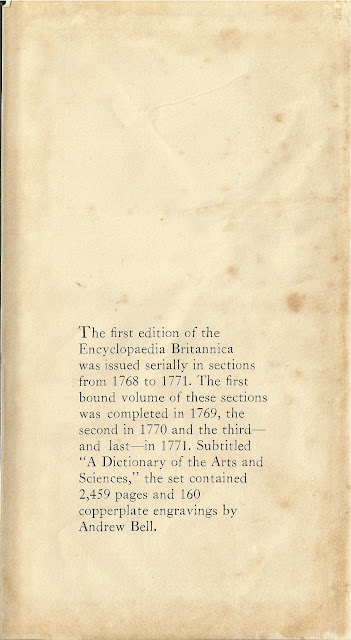 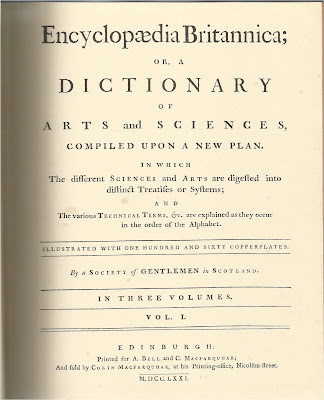 I noticed that the endpapers had the same old brown spots as the insert did. Foxing, I believe it was called. 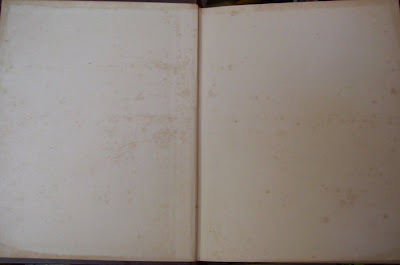 There was even foxing throughout the text. 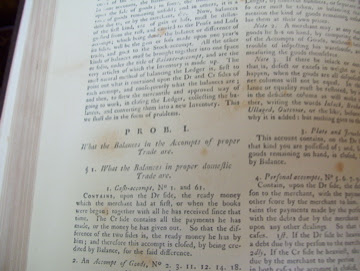 The auction was about to begin in a few minutes at 10:00 AM. I grabbed a seat in the first row. I was ready and waiting to bid. There weren't too many people attending this auction. And I hadn't noticed anyone else eying the Encyclopædia Brittannica set, which was soon to be mine.

I can't tell you how many items went up for bid beforehand; but I didn't bid on anything else. And neither did my wife. When it came time for the Encyclopædia Brittanica, I had my hand raised before the auctioneer even got the last words out of his mouth. But I wasn't the only one who bid!

I can't remember what the other bidder looked like. But when I glared at him, I saw right through him, knowing that he didn't have near enough money in his wallet to take that set away from me. But he sure kept on bidding....

I won't tell you exactly how much I paid for my set of the Encyclopædia Britannica. But the auctioneer sure was smiling –– He's probably still smiling....

I bragged to all my friends about "my find." And I pored over the pages for a few days, marvelling at how much the "Society of Gentlemen in Scotland" knew in 1771. But then I got to thinking....

I could buy quite a few books if I sold this set....

I did a little researching, and learned that the London bookseller, Karen Thomson, was the leading authority of books on language. So I gave her a call, and told her about my find. She must have put those five catalogs in the mail that very day because I received them the very next morning: Catalogues Three, Four, Five, Six, and Seven: 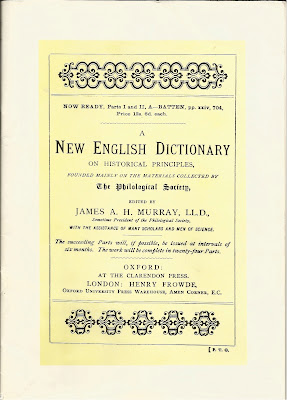 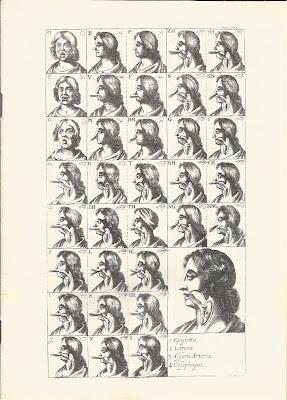 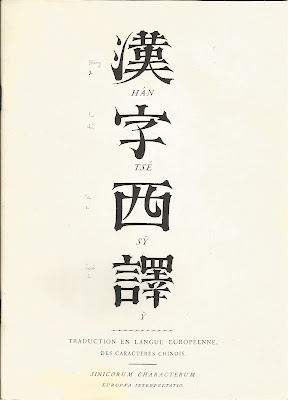 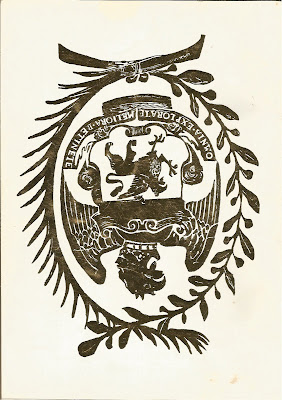 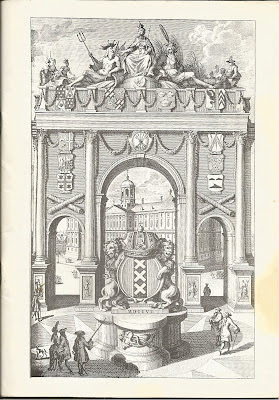 I pored over Karen Thomson's catalogues, making a list of books I would buy, including this set, one with a familiar title:

Karen Thomson suggested I bring the set down to London so she could evaluate it. But Cambridge was much closer so I brought the set to one of the booksellers in Cambridge a few days later. While the bookseller was upstairs evaluating my set, I was downstairs browsing the books, some of which I was already planning on adding to my library.

I still remember the look on that bookseller's face as he came down the stairs ––definitely not the kind of look I was expecting. And when he gave me his evaluation, all my expectations went out the window.

What I had, the bookseller told me, was a facsimile of the first edition of the Encyclopædia Britannica, printed sometime in the 1960s or 1970s. I was to learn later that it was most likely printed in 1971, the 200th anniversary of the printing of the first edition.

I didn't call Karen Thomson –– I was too embarrassed. And I didn't tell my friends about "my unfind" either.

There is a sequel to this anecdote. In August 2012, I noticed an eBay auction for over 60 of Karen Thomson's bookseller catalogues. This time, I knew what I was buying. And this time, I was the only bidder. What's more, Karen Thomson's bookseller catalogues are collectible items listed on various book search engines for from five to ten dollars apiece. Here's a few images of the covers of some of these catalogues" 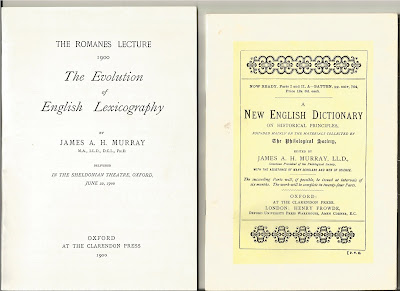 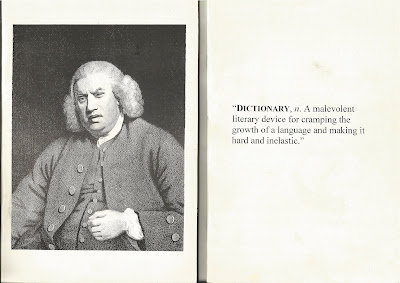 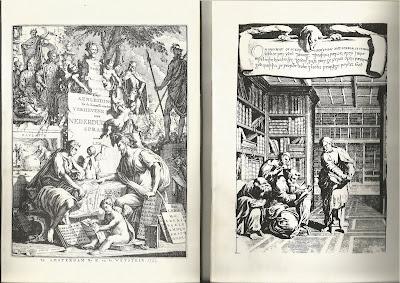 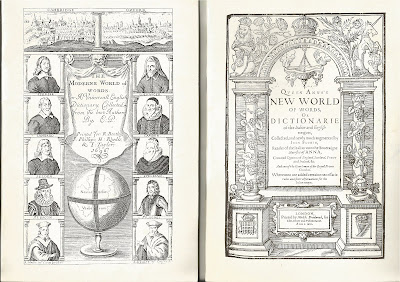 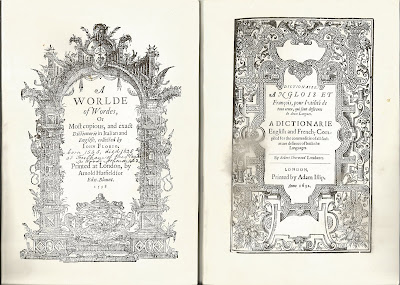 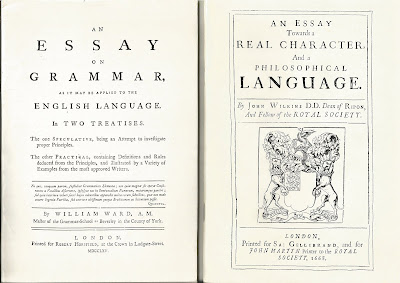 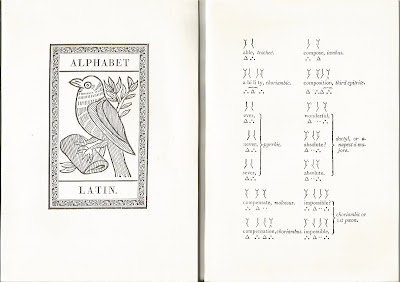 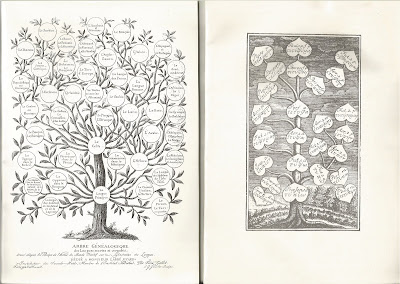 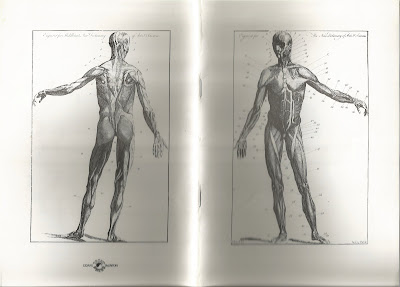 Posted by Jerry Morris on Wednesday, October 31, 2012 No comments: