About William Strunk Jr. and His Other Books

The Elements of Style, William Strunk Jr's little book, is the little book that E. B. White made famous.  But that's not the only book of his.  Here are some of his other books. 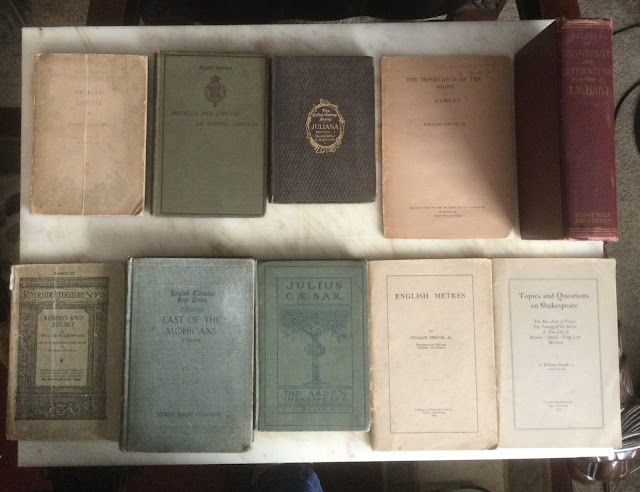 Not listed but headed my way from Saucony Book Shop is a copy of All For Love and the Spanish Fryar by John Dryden edited by William  Strunk Jr. Boston: D. C. Heath, 1911.

Here are some tidbits and anecdotes about Strunk and some of his books.
As a Samuel Johnson collector myself,  I was delighted to discover that William Strunk's first book was Macaulay's and Carlyle's Essays on Samuel Johnson.   I thought so much of the book that I didn't even ask for a refund when the book arrived with the front and rear covers cracked due to poor packing by the eBay seller. 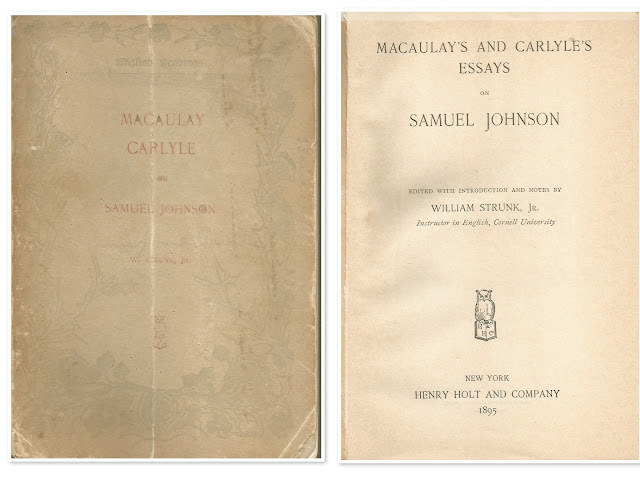 I was even more delighted after reading Strunk's comments in the very first  paragraph of his Introduction concerning the sources of Johnson and Boswell that are mentioned in the essays of Macaulay and Carlyle.

The first great authorities for the lives of the two are Boswell's Life of Johnson and Tour to the Hebrides.  Besides the great literary excellence of these works, their great veracity and accuracy are unquestioned.  The other sources for Johnson's biography, mentioned in the two essays, add little to what Boswell tells, and are of interest chiefly to annotators of the Life.  Mrs. Thrale gives some anecdotes not found elsewhere, it is true, but her book has no serious value; it is merely amusing.  Hawkins is proverbially dull, and has an air of giving information at second hand.  Tyers gives merely a rambling collection of gossip, told in commonplace fashion.  Murphy, a professional man of letters and a personal friend, wrote a life of Johnson as one of his literary commissions, just as he has previously written a life of Fielding; satisfactory performances in their day, but now obsolete.

The great Johnsonian collector, R. B. Adam, thought enough of the book to acquire a copy for his Johnsonian Collection.

Johnsonian collectors at large bought so many copies of the book that its publisher, Henry Holt, published a second edition a year later in 1896. 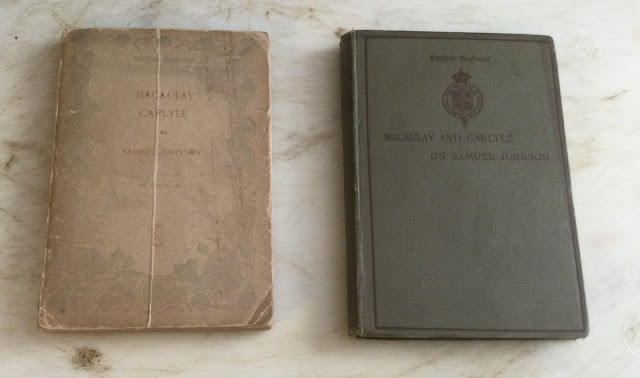 Another literary critic, Henry Walcott Boynton, thought so highly of Strunk's book that he provided the same notes in his 1896 book, Selections From Carlyle, that Strunk used in his book, often with the same exact words.  Strunk called Boynton out on this plagiarism in a March 1897 letter to the editors of Modern Language Notes (Jstor).  In the letter, Strunk mentioned that the Johnsonian, George Birkbeck Hill, informed him of a mistake in the title of a book by Richard Cumberland cited in one of Strunk's notes.  Strunk corrected the error in the second edition of Strunk's book.  And he chided Boynton for not consulting the second edition  before copying the note.

Strunk's Notes to the 1895 Edition 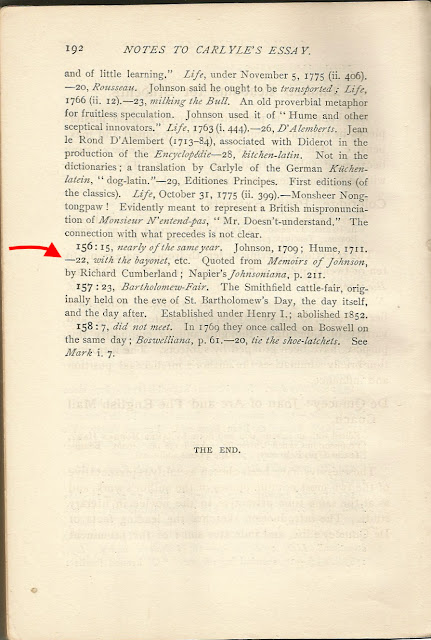 Strunk's Notes to the 1896 Edition 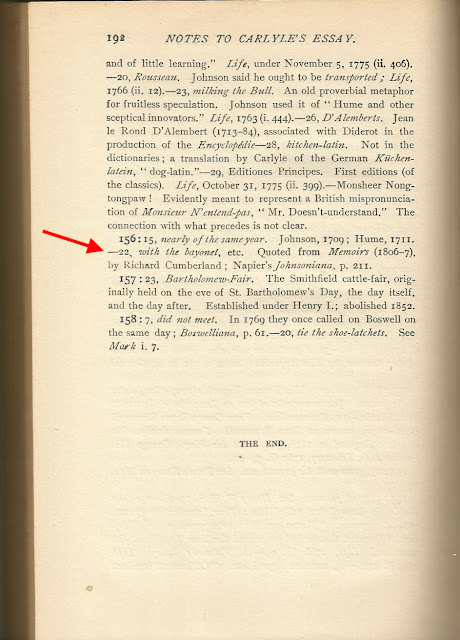 Boynton's Notes to His Book 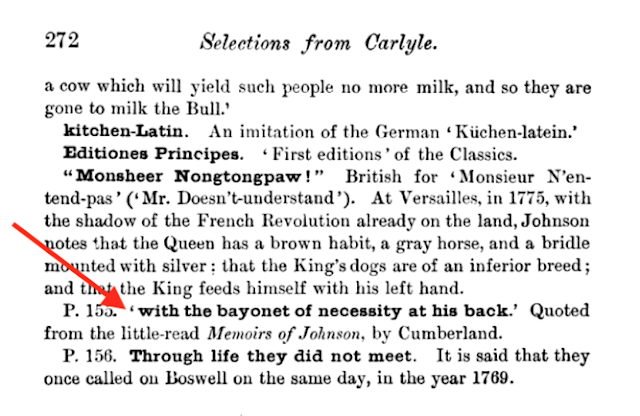 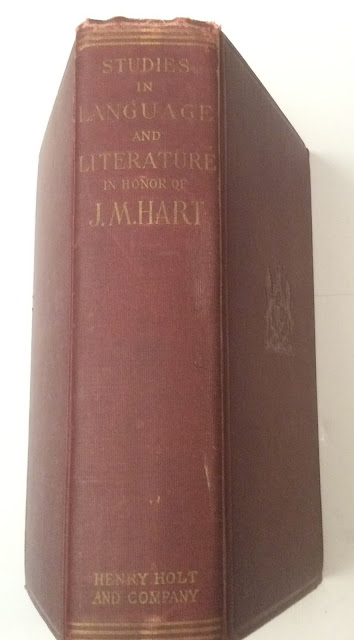 Strunk contributed his essay, "The Importance of the Ghost in Hamlet," for the book.  He gave a copy of the offprint to Frederick Tupper, an English Language professor at the University of Vermont.  This offprint, inscribed by Strunk himself, is now in my library. 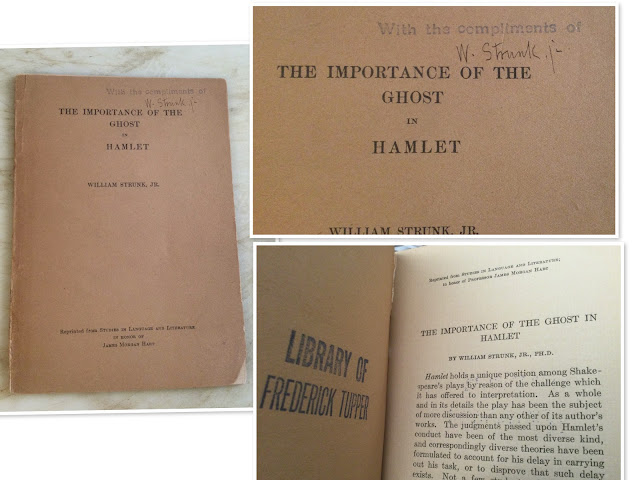 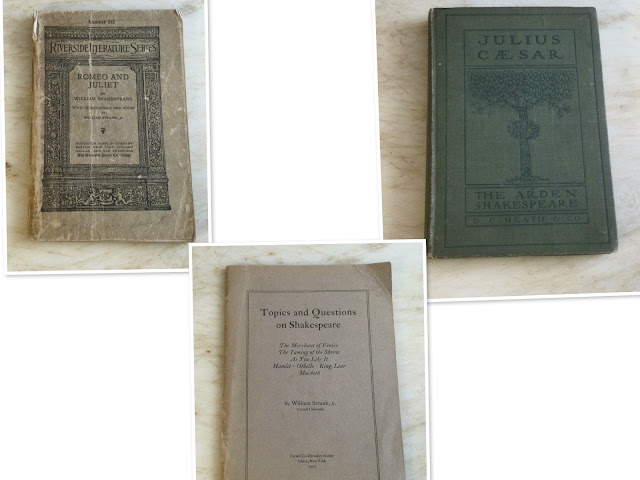 Here is Strunk studiously at work taking notes to use in his role as literary adviser for the 1936 Metro-Goldwyn-Meyer (MGM)  production of Romeo and Juliet. I have two books about the movie: a souvenir program and the motion picture edition published by Random House in 1936.  Strunk wrote the Introduction for the Random House edition, explaining why a mivie production was the best avenue to present SStrunk's play.   The  photo of Stunk displayed above is illustrated on page 256 of the book. 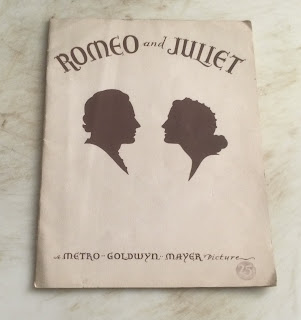 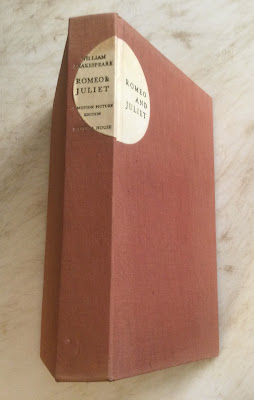 The Grove Book of Hollywood, a book of Hollywood anecdotes edited by Christopher Silvester in 2007,  contains an anecdote concerning Strunk's salary as literary adviser for the film.  Strunk wanted a salary of $400, but Thalberg thought that was too much.  Samuel Marx was headed east on other MGM business, and Thalberg asked him to contact Strunk and see if he could negotiate Strunk's salary.  Strunk wanted the dean of Cornell to ask as his agent since part of Strunk's salary would go toward paying the salary of other professors who would teach his classes while Strunk was in Hollywood.  Marx offered two hundred dollars.  But the dean turned it down saying that many professors are paid four hundred dollars a month!  Marx was shocked because the studio paid salaries by the week; whereas the college paid salaries by the month.  He told the dean he'd have to think it over.  A little while later he notified the dean that Thalberg realized that Strunk would find it difficult to live in Hollywood on $400 a month, so he offered a salary of $600 a month!  Strunk and the dean were completely satisfied.  And soon after Strunk arrived in Hollywood, Thalberg raised Strunk's salary to $800 a month!

For more than the past ten years, I have been corresponding with Jim Myers, whose father, Henry Alonzo Myers, was a professor of English at Cornell, and one of William Strunk's long-time friends.  Jim mentions his father's friendship with Strunk, in an article in the June 1977 issue of The Cornell Alumni News that is titled "A University of the Mind."  His father, while still a graduate student, was the secretary of the Cornell Department of English.  The job consisted of two duties: listening to William Strunk, and writing letters to job applicants informing them that no jobs were available.

By far the best Strunkian anecdote that Jim Myers ever told me was when Strunk was turning his English class over to Myers before departing for Hollywood.  Strunk's desk was covered with books.  And as Strunk was hurrying out the door, Myers asked, "What should I do with the books?"  Strunk yelled back, "Keep them!"

Henry Alonzo Myers kept Strunk's books.  And now his son Jim Myers has them.  He also has letters that Strunk wrote to his father on Hollywood Hotel Stationary.  In the letters, Strunk writes about the actors and actresses he met  on the movie set.

I asked to buy some of Strunk's books from Jim Myers, and even asked for copies of some of the letters. But he has other plans for what he will do with them.