A Book That Flew Undetected Under the RADAR

When it comes to book collecting, it helps to know what you're looking for.  Take this listing on Amazon for instance:

Looking at the title, Vistas Iberoamericanas or, Latin American Sights, this book appears to be a travel book about Latin America.  It is.  And if the author's name were provided in the listing, there would have been increased interest in the book.  And a higher price as well.

Let's look a little closer at the listing.

The cover of the book might give you a hint: 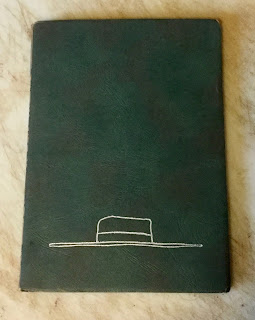 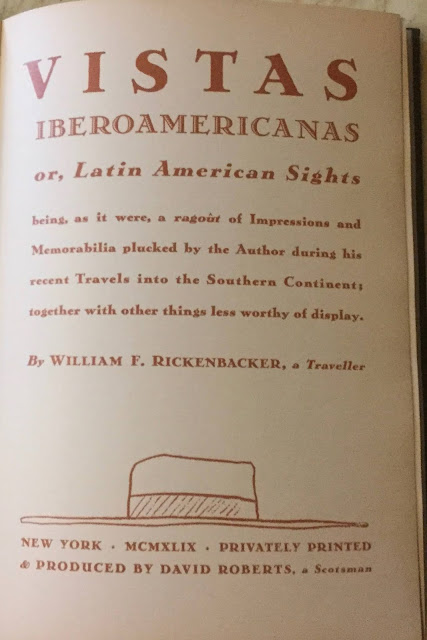 And here is "Eddie's" signature: 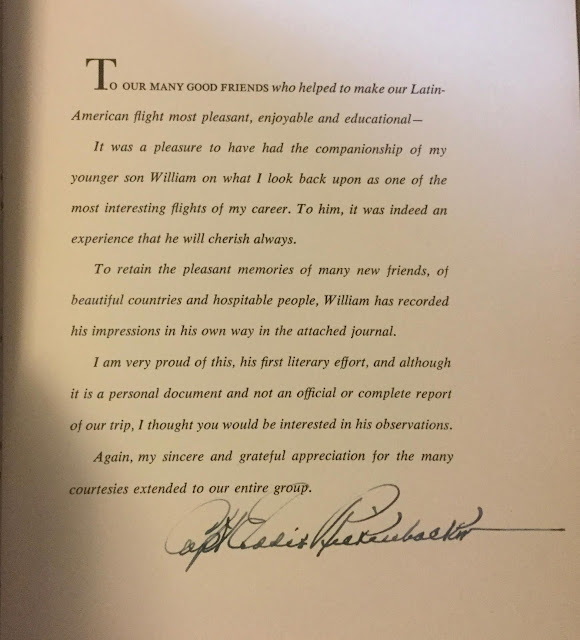 This book is definitely a travel book.  It is a book about Eddie Rickenbacker's Goodwill Tour of Latin America in August, 1949, written by his youngest son, William.

In the Spring of 1949, Adhemer de Barros, the Governor of the State of São Paulo, Brazil invited Eddie Rickenbacker, the CEO of Eastern Airlines, to come and observe commercial aviation in Brazil and make recommendations on how to improve the industry.  Rickenbacker decided to expand the trip to include other cities in Latin America as well.  He broached the subject of a Goodwill Tour of Latin America with the State Department, got its go ahead, and introduced himself to the various Consulates and Embassies in New York and Washington.

Among his entourage for the tour, were eleven of the best men in Eastern Airlines, the formost aviation writer in the United States, Wayne Parrish, and the Editor of the Latin-American desk of the United Press, Gale Wallace.  Although the entourage already included an official photographer from Eastern Airlines, Eddie Rickenbacker invited an aviation enthusiast who took a thousand pictures during the tour:  my favorite ukelele player, Arthur Godfrey!  And yes, his ukelele accompanied him on the tour.  That's Godfrey, sans ukelele, third from the top on the right. 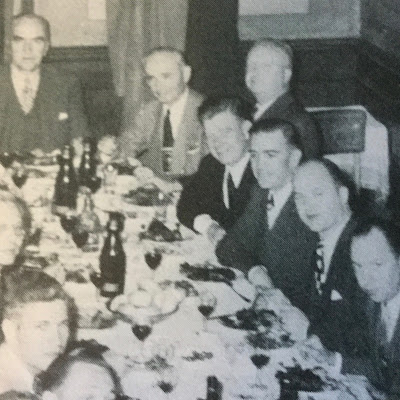 Here are some of the Latin American sights: 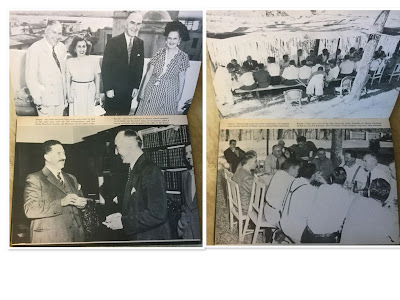 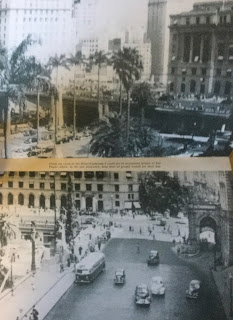 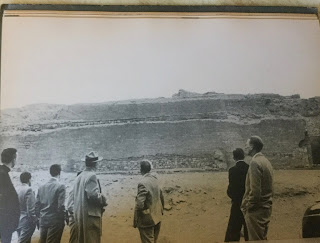 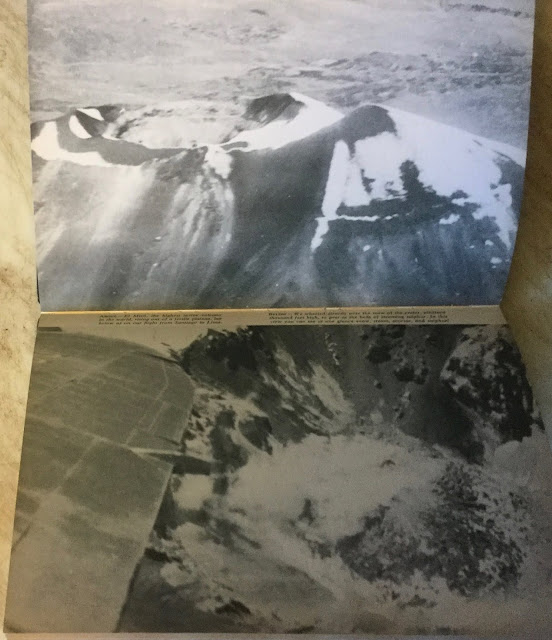 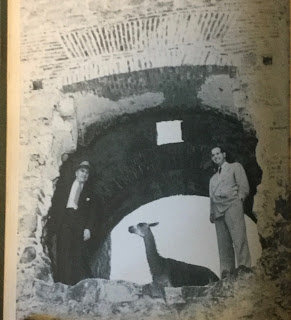 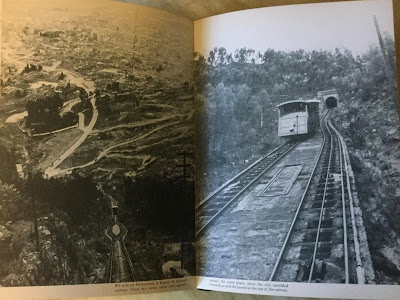 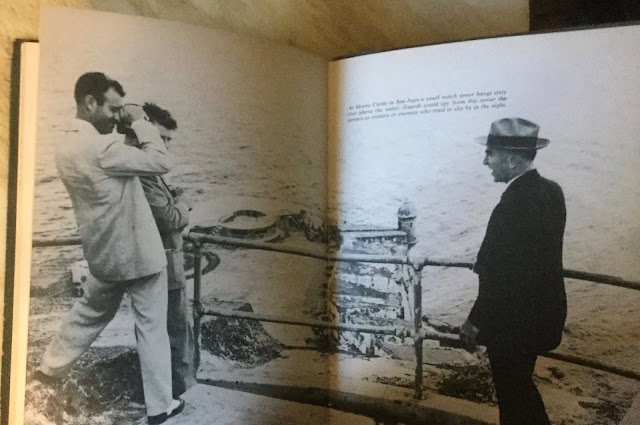 I have to admit that I knew exactly what I was looking for when I found this book on Amazon.  I even searched for the book by its title, Vistas Iberoamericanas, or, Latin American Sights.  This book was one of the treasures in My First Sentimental Airman Collection, which I sold en bloc in 2006, while waiting for my disability retirement from the Post Office to be approved (heart problems).

My second copy of this book gave even me a surprise!  "Bill" Rickenbacker gave this very copy to Leslie P. Arnold, the copilot of Chicago, one of the two single-engine biplanes that completed the first aerial circumnavigation of the world in 1924! 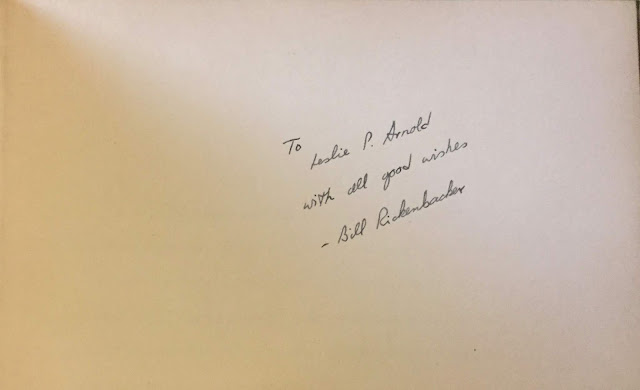 And so I add this treasure to My Second Sentimental Airman Collection!

Great score and great blog post. There is a lot not to like about amazon, but it also presents great opportunity to find often stunning material without even leaving the house. Kudos!