A Bookman, a Bookplate, and a Whole Lotta Style

I think I have enough copies of most of the different editions of The Elements of Style on my library shelf now. 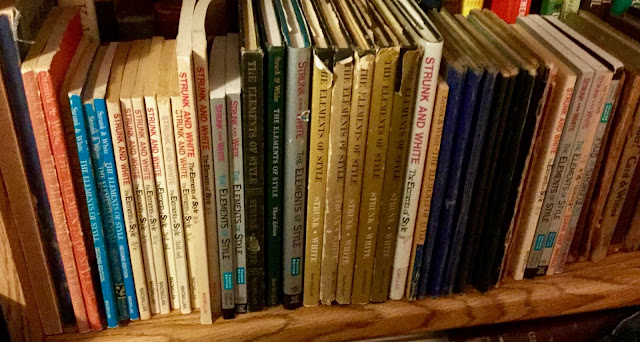 But I still routinely check ebay and the book search engines for pre-1959 Strunkian editions–those editions published before E. B. White made the little book famous.

I amuse myself sometimes by trying to identify how many of the 1959 "First Editions" of The Elements of Style listed on ebay are actually book club editions.  Two tell-tale signs of the book club edition are that there is no price listed on the dust jacket sleeve, and there is an indented square blindstamped on the bottom right-hand corner of the rear cover.

I bought yet another copy of the 1959 edition of The Elements of Style on ebay on Saturday, November 19th. 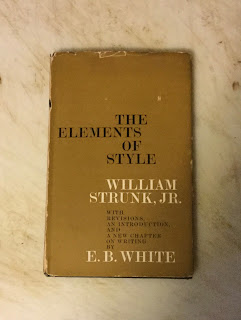 The seller identified it as a first edition, but to tell you the truth, it didn't matter:  I was more interested in the provenance of this book.  This copy of The Elements of Style was formerly owned by the bookman Albert Sperisen (1908-1999).

If you're not familiar with Albert Sperisen, he was a book designer for Jane Grabhorn's Colt Press in the 1930s, and later formed his own presses, the Toyon Press and the Penguin Press.  He was a member of the Book Club of California from 1937 until the day he died.  And he was the club's librarian for nearly forty years.  In 1958, Stanford University appointed him honorary Curator of Typography.  And his own collection of fine printing is at Stanford. In 1982, he was awarded the Sir Thomas More Medal for book collecting by the Gleason Library Associates of the University of San Francisco.  Counting Sperisen's copy of The Elements of Style, I now own books by, about, or formerly owned by nine recipients of the Sir Thomas More Medal for book collecting.


I don't know exactly when Albert Sperisen acquired his copy of The Elements of Style; it may have been shortly after it was published.  But inside the book Sperisen inserted a newsclip of an early review of the book that was written by another bookman, William Hogan. 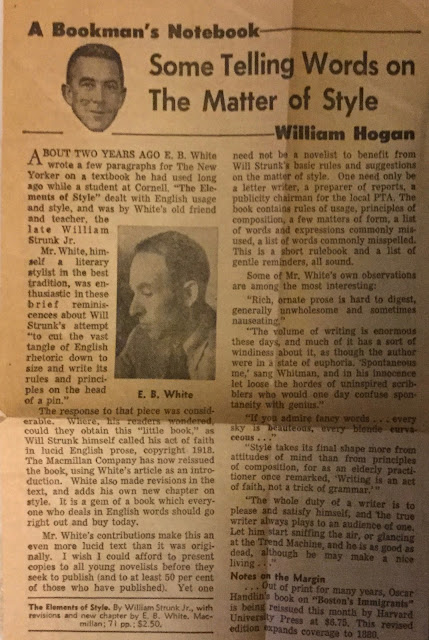 This book review was printed in the San Fransisco Chronicle in May 1959.  I can identify the year from Hogan's "Notes on the Margin" at the bottom of the news article.  Hogan reports that Oscar Handlin's book,  Boston Immigrants, was being reissued that month by Harvard University Press.  WordCat cites 1959 as the year the Harvard University Press edition of Boston's Immigrants was published.  And I can identify the month from an advertisement  at the lower left corner on the verso of the newspaper page, where May 29  is printed.  And to be even more specific, an ad for "Guys and Dolls" on the right side of the verso cites Sat., May 23.  In 1959, May 23rd was a Saturday. 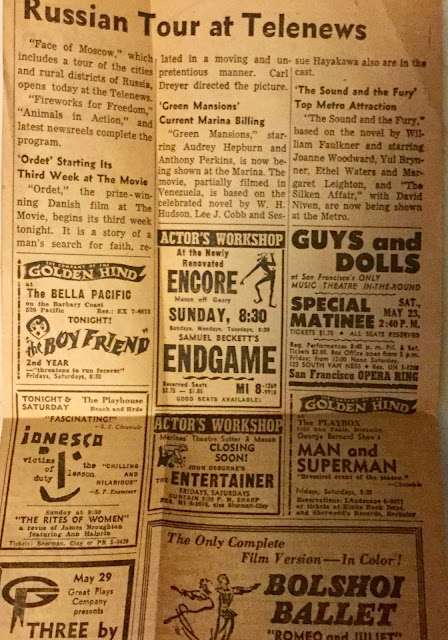 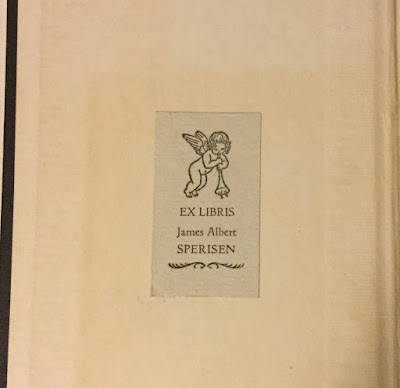 Albert Sperisen then typed a letter explaining the motif of the bookplate.  And he inserted the letter inside the book, along with Hogan's article from the San Francisco Chronicle. 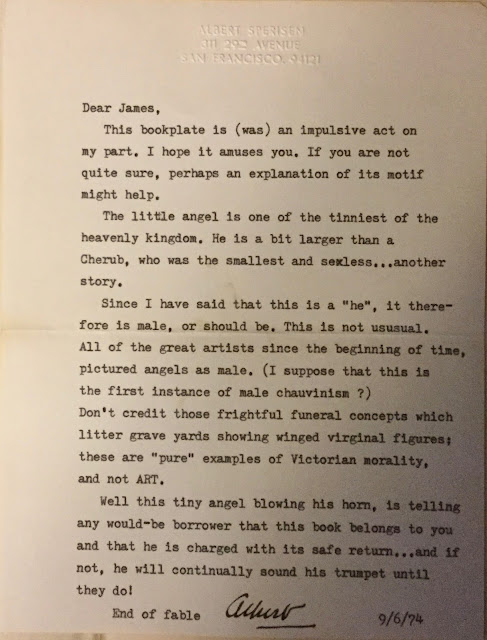