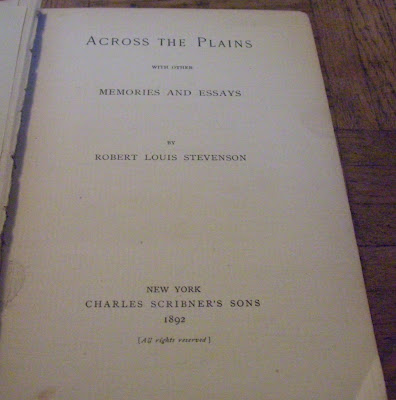 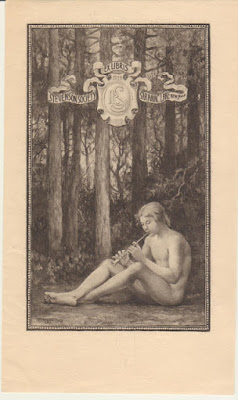 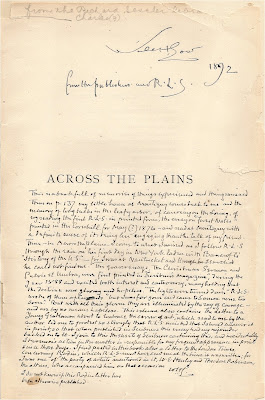 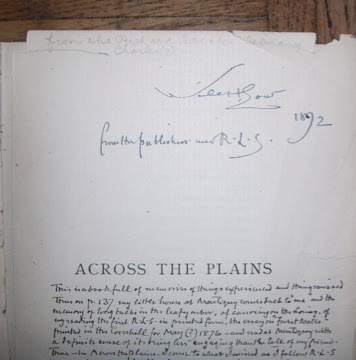 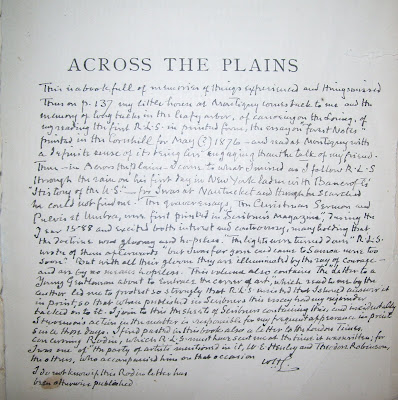 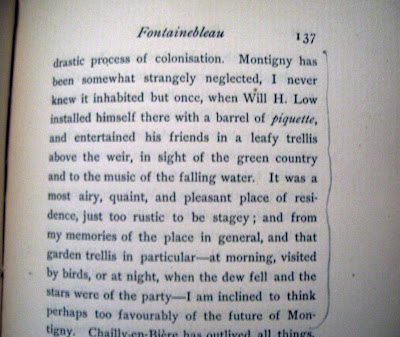 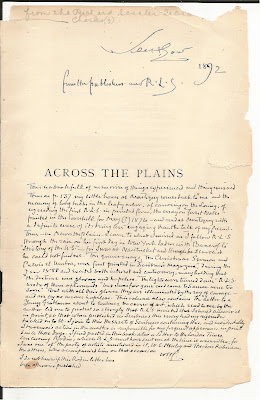 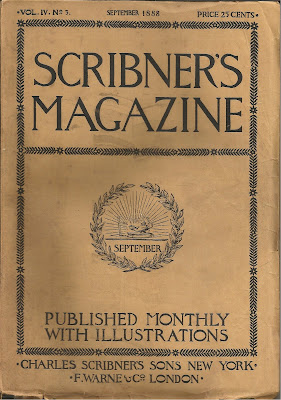 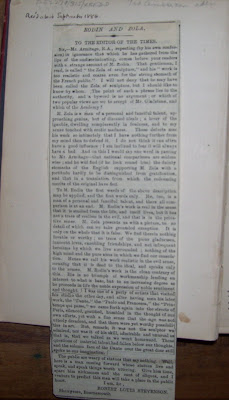 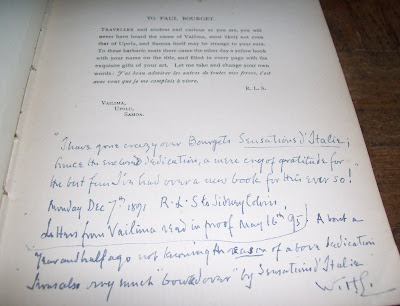 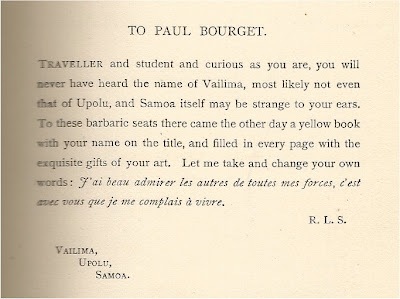 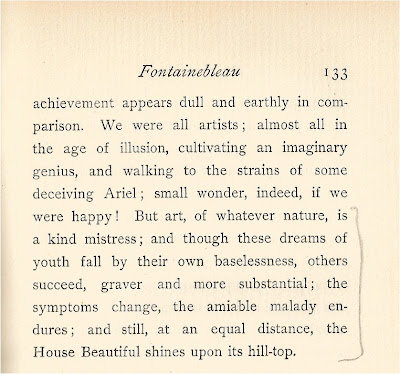 ADDENDUM: More on this book's provenance. Richad Sessler is probably Charles Sessler's son, J. Leonard "Dick" Sessler, who died in 1951. He was Lessing J. Rosenwald's main supplier of prints. In fact, a "Richard Sessler" is identified in the provenance record of some Fifteenth Century engravings Rosenwald acquired from him.
Posted by Jerry Morris on Wednesday, January 30, 2013

Jerry: I love reading your blogs. Your love of books and your excitment in discovery are palpable. Alice

To go along with this, you might like to seek out a copy of Will Low's illustrated edition of Keats' Lamia (1885), with its dedication to Stevenson, prompting in return Stevenson's poem "To Will H. Low": "Youth now flees on feathered foot...."

This poem later appeared on the famous medallion of Stevenson by St Gaudens, a sculptor friend of Low's who asked to be introduced to Stevenson.

And so one thing leads to another ....